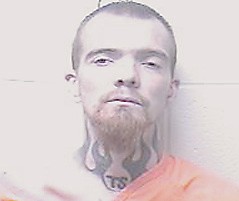 A Mayking man was charged with first-degree assault after he allegedly beat his girlfriend and tried to drown her in a bathtub.

Robert S. Hamilton, 28, of 351 Crossover Road, was arrested January 16 after his girlfriend, Tina Wells, 33, of Pine Creek, checked into to the Whitesburg Appalachian Regional Hospital (ARH) emergency room for treatment for several lacerations to her head, face and hands.

According to a written citation, Hamilton tried Wells, but she was able to fight him off. Wells also told police Hamilton hit her in the head several times with a large file and tried to stab her with a knife. She said that during the assault, Hamilton dragged her to the bathroom and tried to drown her in a bathtub.

Wells had several broken bones in her face and a deep cut to her left hand. She was transported to the University of Kentucky Medical Center in Lexington for treatment.

A preliminary hearing for Hamilton is scheduled for 1 p.m. on January 24 in Letcher District Court. He remains in the Letcher County Jail, where bond was set at $500,000 cash.