Man caught after 3 years on lam 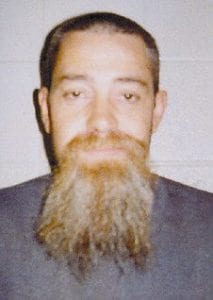 A Letcher County man who has been a fugitive from police for more than three years was arrested at his home June 21.

The sheriff’s department said several attempts had been made by law enforcement officials to arrest Wilder but the location of his cabin and Wilder’s knowledge of the terrain made it hard.

Wilder was wanted on warrants for burning a house in Carcassone and burning a truck belonging to his brother. Warrants were also executed for third-degree arson, first-degree criminal mischief, receiving stolen property, and trafficking marijuana. 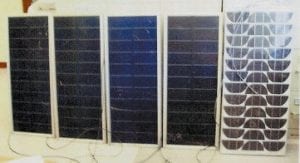 SOLAR PANELS located behind Albert Ray Wilder’s cabin were connected to a battery system used as a power source for lights in the cabin, police say. The panels were identified as being stolen from Kentucky West Virginia Gas Co. sites.

According to Sheriff Danny Webb, solar panels were located behind Wilder’s cabin that were connected to a battery system that appeared to be used as a power source for lights in the cabin. The solar panels were identified as being stolen from Kentucky West Virginia Gas Company sites. A warrant was also obtained for Wilder charging him with receiving stolen property in connection with the stolen solar panels.