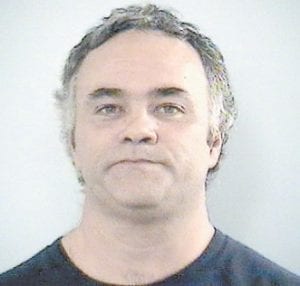 A Redfox man charged with murdering a Mountain Comprehensive Health Corp. doctor who refused to give him pain pills “needs help” and should be ordered to undergo a psychiatric evaluation before his case proceeds in court, defense attorneys said this week.

Stephens told the two attorneys for Combs, Jim Baechtold and Michael Eubanks of Richmond, that until Combs is officially indicted their motion is premature. Stephens said there remains a question as to whether her court even has the proper jurisdiction to order a psychiatric screening.

“I’m still at odds with this,” she said.

Combs is accused of murdering Dr. Dennis S. Sandlin at MCHC’s Leatherwood/Blackey Medical Clinic on Dec. 8 after Sandlin, 57, told Combs he would have to take a urine test before his request for pain medication could be addressed. The charges against Combs were referred to a Perry County grand jury on Tuesday after Baechtold and Eubanks waived Combs’s appearance at a preliminary hearing which had been scheduled for Tuesday (Dec. 15).

“A preliminary hearing is nothing more than really a probable cause hearing to see if there is enough bound over to the grand jury,” Baechtold told reporters after Tuesday’s proceedings. “It has nothing to do with defenses that may be presented … later on at a higher level of court. There is really no advantage for us to listen to basically just the Commonwealth’s theory of the case when our client cannot assist us in his defense and we have no witnesses to call at this point to further this defense.”

Although the Perry County grand jury isn’t expected to consider the charges against Combs until sometime in January at the earliest, Baechtold told reporters Tuesday that he believes Combs has already been convicted in the court of public opinion.

“Our client of course is not doing well right now,” said Baechtold. “It’s our opinion that he has already been to some extent tried and convicted by the media without his story coming out in this case.”

Dr. Sandlin died at the clinic in Cornettsville, near the Letcher-Perry county line, about 11:45 a.m. on Dec. 9 after he was shot in the head.

Sources familiar with the case told The Mountain
Eagle
that Combs had gone to the clinic seeking pain pills earlier that day and became angry when Dr. Sandlin asked him to submit to a urinalysis. Combs left the clinic after the initial confrontation with Sandlin, but returned a short time later armed with a handgun. Sources told The Eagle
that when Combs returned to the clinic he walked straight to where Sandlin was standing at a nurses’ station, said to him, “You don’t deserve to live,” then shot him at point-blank range.

Combs was arrested after he returned to a small one-room house in which he was living behind his parents’ house at Redfox, near the Four Star Village pay lake.

“We understand that this victim was well liked in this community and our hearts go out to the family,” said Baechtold. “Our job, however, is to make sure this man, number one, gets a fair trial; number two, that he is competent to participate in the defense in this case; and, number three. that we protect his right at any and all levels just like we would anybody else.”

Stephens will hear Combs’s motion for a competency evaluation on Dec. 21 at 1 p.m. in Perr y District Court. Stephens also ordered Perry Commonwealth’s Attorney Teresa Reed to be present at the hearing. Reed did not attend Tuesday’s proceedings.

“It’s our opinion that our client is not competent at this point,” said Baechtold. “You’ve got essentially a person that is a nonviolent individual that is now accused with a homicide that happened in the middle of the daytime and there obviously has to be an explanation for that. That is why we’re sending him off for a competency evaluation to see what his mental state was at the time this event took place, this unfortunate event.”

According to the motion filed by Baechtold and Eubanks, Combs “suffers from severe anxiety, with suicidal tendencies, and chronic pain.”

The attorneys, who said Combs “suffers from ‘polysubstance’ abuse,” said in their motion that “at the time of the incident, (Combs) may have been taking more medication than he should have, leading to the charges against him.”

The motion said Combs’s “past behavior demonstrates a history of severe anxiety, chronic pain, and addiction to narcotic medication. As an adult, (Combs) has been diagnosed and treated for mental conditions requiring the use of psychotropic medications.”

Baechtold said he could not comment on whether Combs was high on drugs or alcohol at the time of the shooting, but said “there is a pending drug test that is out there.”

Being locked up in jail hasn’t kept Combs from getting into more trouble since his arrest on the murder charge.

According to a police citation, the deputies were attempting to feed Combs at 11:45 a.m. on Sunday when he acted “disorderly” by cursing and screaming, “I will kill you all.”

Officer Damon Hickman wrote in the citation that he subdued Combs with a Taser gun after Combs threw a cup of soapy water into his face.

“He became very upset. He charged at me hitting me in my groin area two times and hitting Marty Patrick in his groin area also,” wrote Hickman.

“We don’t know whether there is any merit to these charges or not,” said Baechtold. “Again we would attribute anything that has to do with additional charges to his lack of competency and his ability to participate in his defense at this point.”

Combs pleaded not guilty to the assault and menacing charges during an arraignment held in Perry District Court on Dec. 15. That case was also waived to the grand jury.

Combs is being held in jail under a $10 million cash bond for the murder charge. An additional $50,000 cash bond was set after the latest charges were filed.

Funeral services for Sandlin were held Saturday at Maggard’s Mountain View Chapel in Hazard with burial at York-Wooton Cemetery in Buckhorn.

An autopsy has confirmed Sandlin died from a single gunshot wound to the head.

Some of the information
used in this report was gathered

by The Associated Press.