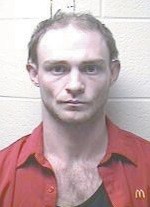 Police say a 29-year-old Whitesburg man was arrested after he was caught making methamphetamine at his home.

Geoffrey R. Rife, of 26 Rose Road, who is a McDonald’s employee, was arrested Feb. 16 and charged with manufacturing methamphetamine and unlawful possession of meth precursor.

A meth cleanup team was called to Rife’s residence to dispose of the hazardous materials.

Damron said Rife used the one-step method of making meth, which is all contained in one bottle and the substances are then shaken.

Damron credits the arrest to the public for calling the sheriff ’s department and providing accurate information.

“People in the community know what is going on,” said Damron.

Hipps has charge of the investigation.

Rife, who has not been arraigned, remains in the Letcher County Jail. Bond is set at $25,000 cash.