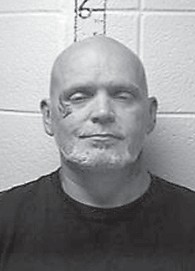 A preliminary hearing for a 49-year-old Letcher County man accused of pulling a gun on a sheriff ’s deputy is set for Thursday.

Lt. Brian Damron of the Letcher County Sheriff ’s Department was patrolling in the Millstone area on Sept. 25 around 9:14 p.m. when he saw Ricky Allen Bates walking on the roadway, according to a uniform police citation. Damron wrote in the citation that when he stopped his cruiser Bates “placed his hands in his jeans jacket he was wearing and pulled out a silver pistol.”

Damron told Bates to drop the gun and Bates took one step toward a creek and threw the gun into the creek, according to the citation.

Damron said he told Bates several times to get on the ground and when he didn’t obey, Damron to deploy a X26 Taser and three applications were given before Bates followed commands, according to the citation.

In the creek Damron found a silver, Lorcin 9 mm handgun with black handles and a magazine inserted with a round in the chamber, according to the citation.

Bates was arrested at 10:12 p.m. on Sept. 25 and he has been charged with public intoxication controlled substance (excludes alcohol), possession of a handgun by a convicted felon and tampering with physical evidence.

Bates is being held in the Letcher County Jail. His surety bond is $5,000 plus electronically monitored home arrest.

A preliminary hearing is scheduled for 1 p.m. on Oct. 4 in Letcher District Court.