Man charged with theft of phones from Walmart 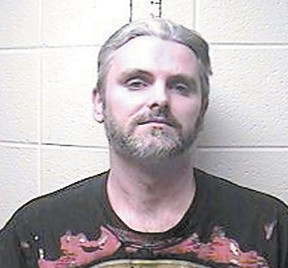 Police say a McRoberts man has admitted to stealing expensive cellular telephones from Walmart in Whitesburg.

A still shot from video surveillance of an unidentifi ed man taking a cell phone from the Walmart electronics department appeared in the September 11 edition of The Mountain Eagle. Whitesburg Police Officer Alisha Congleton thought someone might recognize the man in the photo.

“ Running the photo made people in the public aware of it and I guess I figured someone would know him, said Congleton. “I got some tips and followed through.”

On Nov. 16 someone called Congleton and told her exactly where the man could be found.

Robert Rogers, 39, of 2802 Highway 343, was arrested on Saturday at his residence. Congleton served three unrelated warrants including a theft by unlawful taking charge. Rogers, also known as Charlie, is accused of stealing a wallet containing $180 cash from a Mayking woman on Aug. 31, 2012.

In connection with the alleged thefts on Sept. 4 and Sept. 5 at Walmart, Congleton said Rogers will be charged with theft by unlawful taking and criminal mischief.

“When I picked him up, he admitted to it,” said Congleton.

During a two-day period, Rogers stole a Samsung Galaxy valued at $249, an Android smart phone valued at $79 and an iPhone case valued at $29, Congleton said. The custom-made display case, which was damaged, is estimated to be worth $1,000.