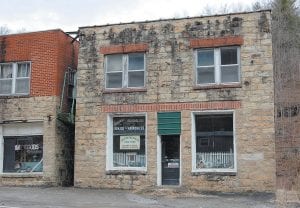 A 25-year-old Pike County man believes music is the answer to bridging a gap between older and younger generations in Letcher County and the town of Jenkins.

Thomas Anderson, of Shelby Gap, is determined to restore a 96-year-old building located on the outskirts of Jenkins and turn it into a place where music can again be celebrated.

“Music draws people in,” said Anderson. “It ties everyone together. Music is a good catalyst to draw interest.”

“A lot of kids are begging for an identity and need encouragement,” said Anderson. “A lot of people write off kids with bad behavior. Trying to cultivate the good in kids is vital to our future.”

Anderson plans to create a nonprofit organization as well as a youth and community center that serves as a gathering place for people of all ages. 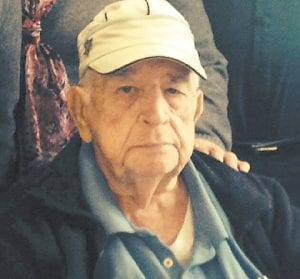 Whitaker Music Store once was a gathering place.

“People would talk and have a good time,” said Deanna Whitaker-Hipps, a granddaughter of the late Ervine Whitaker, owner of Whitaker Music Store.

Anderson has fond memories of listening to Whitaker tell stories at the store. His uncles repaired pinball machines and jukeboxes for Whitaker.

“I used to buy my strings from there,” said Anderson. “I always thought that it was awesome that there was a music shop in Jenkins.”

It also served as a polling place during elections. 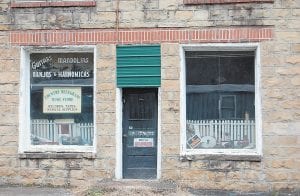 The old Whitaker Music Store was last open as a country and bluegrass music store.

“He just loved his little store,” said Whitaker-Hipps. “He just loved music and I think that he just wanted to share music with everyone else.”

Anderson said a purchase agreement has been signed with March 11 as the closing date. Geoff Marietta, a former boss of Anderson’s, is helping to fund the project.

“He is always helping me endlessly, coaching me and helping me stay focused,” said Anderson.

Although music lessons are Anderson’s primary focus, he has other ideas of using the space to start an affordable daycare and community gardening projects.

“I see things happening that are inspired by what goes on in the building,” he said.

Before projects can start, renovations must be completed. Renovations will include a new roof, wiring, plumbing, floors and drywall, Anderson said.

“The main thing right now is getting the building in a place where it is safe and functioning,” said Anderson.

Whitaker-Hipps said if Anderson is able to restore the building and teach music in that space, her grandfather’s legacy of sharing music will continue.

“He was a wonderful man,” said Whitaker-Hipps. “I miss him.”