Will testify against two others next week 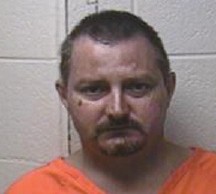 One of three people accused of murdering a 70-year-old Goose Creek man pleaded guilty to an amended charge Tuesday, exactly three years after the crime was committed.

Lloyd Steven Pigg, 40, of Jenkins, pleaded guilty in Letcher Circuit Court on Tuesday afternoon to complicity to tampering with physical evidence in connection with the death of Ralph Marcum. He is now expected to testify against his two former co-defendants when their murder trial begins next week.

Letcher Circuit Judge Sam Wright accepted Pigg’s guilty plea and sentenced him to five years in prison. Pigg will receive credit for 806 days he served in jail after his arrest. Pigg will not get credit for the time has been on house arrest with electronic monitoring since June 2010.

Pigg was originally charged with complicity to murder, complicity to first-degree robbery, complicity to theft by unlawful taking, complicity to second-degree burglary and complicity to theft of a controlled substance. As part of the plea agreement reached by Letcher Commonwealth’s Attorney Edison G. Banks II, Marcum’s daughter, Janet Marcum, Pigg and his Pikeville attorney, Jonah Stevens, the five charges remaining on the indictment were dismissed on the condition that Pigg “testify truthfully and completely against all of his co-defendants into their roles in the robbery and resulting murder of Mr. Ralph Marcum, as well as to their roles in the theft of Mr. Marcum’s property, the burglary of Mr. Marcum’s residence and their efforts to conceal evidence of these crimes.”

A jury trial for John William Pigg Jr., 40, and Christina Hall Collins, 34, is set to begin in Letcher Circuit Court on Monday. John Pigg and Collins are facing charges similar to those with which Lloyd Pigg was originally charged. The Piggs are cousins.

Collins, of Millstone, was released from the Letcher County Jail and placed on house arrest on June 10, 2010. John Pigg, of Thornton, is still being held in the Letcher County Jail. The trio was accused of beating Marcum to death with a hammer on April 12, 2008 and dumping his body over an embankment near Myra in Pike County. Authorities say Marcum was killed in a small home resembling a tool shed where Lloyd Pigg was living next to his mother at 178 B&O Hill in Jenkins. Collins told police that John Pigg hit Marcum with a hammer after Marcum refused to give the three a ride to nearby Pound, Va., to buy beer.

The trio committed theft, the grand jury says, when they “took control” of Marcum’s 1991 Toyota automobile and used it to move Marcum’s body to rural Pike County, an action that also led to them being indicted on a tampering with physical evidence charge.

The indictments, returned in 2008, say Collins and the two Piggs committed second-degree burglary when they broke into Marcum’s apartment at Goose Creek, where they “took possession of controlled substances” that had belonged to Marcum. Collins, who was found walking along KY 317 at Deane on the morning after the murder, was also indicted on a charge of alcohol intoxication for the third or more time. e grand

Th jury indicted John Pigg on 15 additional charges for crimes he allegedly committed after he murdered Marcum. John Pigg was arrested after he wrecked Marcum’s vehicle at Payne Gap after leading John Pigg Jr. is one of two defendants still scheduled to be tried for murder. police on a chase at speeds of more than 100 miles per hour from Thornton, where on the morning after the murder Pigg had allegedly beaten his estranged wife, Wendy Hatton Pigg, and assaulted the couple’s young daughter.

The chase involving John Pigg and Kentucky State Police Sgt. Barry Engle began at the Thornton bridge and ended near Fishpond Lake, when Pigg lost control of Marcum’s car and crashed into a vehicle operated by Nicholas Meacham.