Man says he was hiding car when wife fell to death

Suspect is being allowed to return to work after posting $50,000 bond 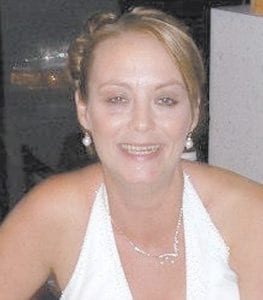 A 37-year-old Mayking man charged with wanton endangerment after his wife died of injuries she apparently received after falling off a moving car told neighbors shortly after the wife’s body was found that he was moving the vehicle to a safe location when the incident occurred.

The Mountain Eagle has learned that Roger R. Elswick told neighbors who found the body of 35-year-old Connie Robetta Webb Elswick that the couple had been fighting before her death and that he had moved the car, a late-model Ford Focus, to a nearby church parking lot after she had threatened to break all the windows out of the vehicle.

Elswick was released from the Letcher County Jail Tuesday after prosecutors agreed to a defense motion to lower Elswick’s bond from $100,000 cash to $50,000 cash. Letcher District Judge Kevin R. Mullins approved the motion after Elswick waived his right to a preliminary hearing and the charges were referred to the Letcher County Grand Jury. As part of the “full cash” bond, Elswick was placed on home incarceration with electronic monitoring and granted work release. 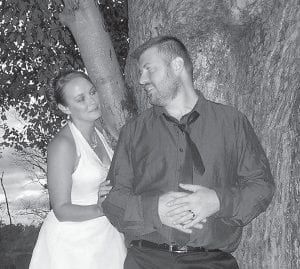 IN HAPPIER TIMES — Connie Webb Elswick and Roger Elswick were all smiles when they were married in Tennessee last fall after a long relationship.

Police charged Mr. Elswick with first-degree wanton endanger- ment after Mrs. Elswick’s body was discovered lying on the pavement of Cram Creek road (KY 3410) in the early morning hours of March 14, about 150 yards from the home the couple shared. Mrs. Elswick was pronounced dead at 4:31 a.m. Letcher County Coroner Marty Baker listed the preliminary cause of death as blunt force head trauma. Tests performed during an autopsy in Frankfort are still pending.

According to a written citation charging Roger Elswick, he and Connie Elswick, who had married in October 2012 after a long-term relationship, were involved in a verbal and physical domestic argument. Elswick told police that as he got into the vehicle to leave the home, his wife apparently jumped onto the trunk of the vehicle.

Police were notified of the incident at 3:23 a.m. after a neighbor saw someone dressed in a hooded sweatshirt lying on the narrow pavement near KY 3410’s junction with Crossover Drive.

The neighbor saw nothing amiss when he first drove by the scene while returning home from work about 3 a.m. About 15 minutes later, the neighbor honored his wife’s request to drive to a nearby convenience store to buy lunch foods for work the next day. This time he spotted what he thought was someone lying in the road and stopped at a nearby relative’s house to phone police. After contacting 9-1-1, the neighbor drove back to the spot where the person was lying and saw Roger Elswick walking back up Cram Creek.

According a source familiar with the case, Roger Elswick told the neighbor, “Lord I don’t reckon she got on the back of my car and she’s fallen off.”

The source said the neighbor and Roger Elswick attempted CPR on Mrs. Elswick until authorities arrived.

The case is not being treated as a homicide or suicide, Watts said. KSP Det. Billy Pollard is in charge of the investigation.

Family members of Mrs. Elswick said the couple, who have a 10-year-old daughter together, had been involved in many arguments since they were married in Gatlinburg, Tennessee last fall. The disagreements apparently grew so intense that each had obtained an emergency protective order against the other.

According to one family member, the final argument broke out when Roger Elswick, a registered nurse who had been staying away from the couple’s home at the time, went back to the home and said he needed the car, but that Mrs. Elswick didn’t want to let him have it because she needed it for their daughter and a son she had from a previous marriage.

Witnesses said that after the incident occurred, Mr. Elswick had a cut on his forehead and scratches on his hands. Mrs. Elswick also suffered several scratches and cuts, but it’s not known whether they were from fighting or the result of her falling from the car.

The daughter of Curtis Webb and the late Vada Sturgill Webb, she was a 1995 graduate of the Whitesburg High School.

She was preceded in death by her grandfather, Elmer Ray Webb, and a cousin, Mark Anthony Longsworth.