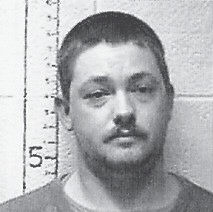 Police are looking for a 25-yearold Blackey man accused of stabbing a 32-year-old Blackey man several times on a mountaintop mining site on April 25.

Arredondo was taken by the Letcher ambulance service to the Whitesburg hospital for treatment.

A warrant for Caudill has been issued charging him with first-degree assault and with several other counts.

Caudill has brown hair and brown eyes. He is 5’9” and weighs approximately 156 pounds. Anyone with information on Caudill’s whereabouts is asked to contact KSP Post 13 in Hazard at 606-435-6069.