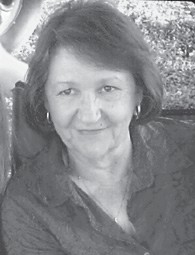 A native of Whitesburg, she was a daughter of the late Chester and Margie Pennington Adams.

Mrs. Nelson was a homemaker, and was the mother of the late Vicki Nelson Gibson and a sister of the late Jack Adams and Gene Adams.

The online guestbook is at www.Lusk-McFarland.com and a 24-hour funeral information line can be reached by calling 859-987- 4387.