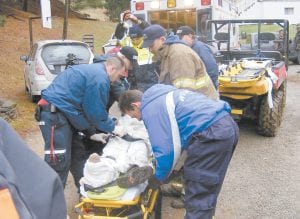 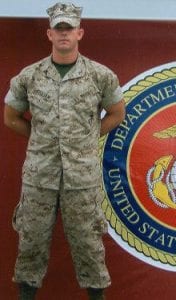 Lance Corporal Chadwick "Chad" Allen Gilliam was the son of Paul Gilliam and Mary Ellen Cook Gilliam of Mayking. The cause of Gilliam’s death remained unknown at press time.

Before entering the Marine Corps, Gilliam attended Lindsay Wilson College where he graduated with a master’s degree in counseling and human development.

Surviving other than his parents are his wife, Corinne Marie Stewart Gilliam; one sister, Paula Regina Damron of Nicholasville; and one brother, Michael Wayne Gilliam of Mayking.

Letcher Funeral Home has charge of arrangements, which were incomplete at press time.