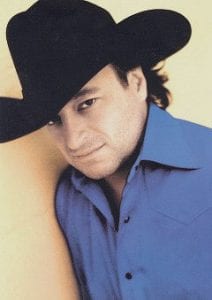 Country music singer Mark Chesnutt will close the 2007 Mountain Heritage Festival with a concert in downtown Whitesburg on Saturday, September 29. The show begins at 9 p.m.

Since releasing his first hit single in 1990, “Too Cold at Home,” Chesnutt has had 14 number one singles on the country charts, 23 top ten singles, four platinum albums, and five gold albums. His current single, “Rollin’ With the Flow,” has broken into the top 50 singles list. The single is the title track to his latest album, which will be released this fall.

A native of Texas, Chesnutt celebrated his 44th birthday on September 6. He is the 1989 winner of the Horizon Award, presented annually by the Country Music Association to the genre’s most promising newcomer.

Chesnutt lives in East Texas with his wife, Tracie, and their three sons.

A complete schedule the Mountain Heritage Festival appears on its 25th year.