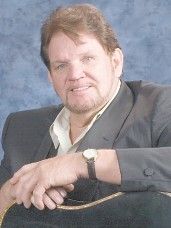 At last year’s Jenkins Homecoming Days Festival, Marlow Tackett put on one of the most memorable shows of the decade.

I’ve heard entertainers say, “Thursday night is a killer; no one wants to play on Thursday because no one will come out to see you.” Maybe there is some truth to that adage, but not if that performer is the legendary entertainer Marlow Tackett. The turnout was literally ‘standing room only.’

His legion of loyal fans turned out in droves. His fan base was built over a period of 35 years from the time he built and operated the Country Corral at the mouth of Beefhide in Pike County, to the many years he operated Marlow’s Country Palace in Pikeville near the Floyd County line.

After the scheduled show, Marlow continued with one encore after another. The 9:00 show was still going strong at 11:00, when he walked off the stage and into the audience to sign autographs, pose for pictures and dispense hugs to his friends who had followed his career for decades.

Early in his career Marlow had performed nationally, and at one time had four songs on the Billboard Magazine charts. Oddly, this was before he had signed a recording contract with RCA.

After three years on the road he decided to come home to the mountains to be with the people he knew and loved. Besides being a prolific songwriter and a virtuoso singer, his personality and trademark interaction with his audience is legendary.

From the time he was a child, Marlow knew he wanted to become an entertainer. When other kids were playing sports and games, he was playing his guitar.

In the classroom at Dorton Elementary School while other kids were learning ‘readin’, ‘ritin’ and ‘rithmetic,’ Marlow had a songbook hidden inside his textbook, memorizing lyrics to songs. More than once he got into trouble because of his infatuation and devotion to his music.

Many people in the small community of Dorton remember the young, barefoot boy who rode through the hills and hollows on the back of a mule playing his guitar and singing for anyone who would listen.

At age nine he won a singing contest at school, and his career was launched. He is proud of his hard scrabble childhood, being raised in a family of 16 kids. This background provided much inspiration for the 100 plus songs he has written.

Marlow’s career was built, not just because he is a very talented performer, but because of his compassion for the people with whom he has come in contact. He is known throughout the region for his generosity, and has done dozens of benefit shows for people who are down on their luck.

He is known nationally as the ‘Mountain Santa’ who provides food and toys for needy families each Christmas.

A section of U.S. Route 23/ 119 through Pike County is named the Marlow Tackett Highway in his honor.

This year, Marlow and his Music Company Band are booked to perform on Friday night, Aug. 28, beginning at 8 p.m. at Jenkins Homecoming Days Festival. You don’t want to miss this show.