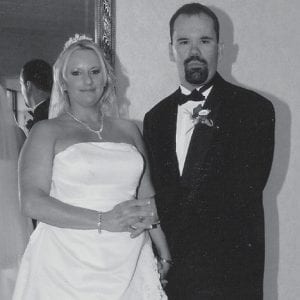 MARRIED – Jewel Faye Fouts and Jesse Carl Ingle were married August 9 in Pigeon Forge, Tenn. They are both employed at Music Road Hotel and Convention Center. She is the daughter of Jim and Phyllis Anderson of Colson, and he is the son of Shelby Ingle of Dandridge, Tenn., and the late Troy Ingle. The couple reside in Sevierville, Tenn., along with the bride’s two children, Megan and Dustin.