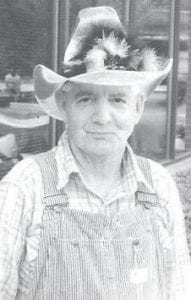 Born in Letcher County, he was a son of the late Martin and Isia McFall Hampton. He was a U.S. Army veteran of the Korean War and was a member of the Paul Collins Disabled American Veterans Chapter No. 157.

Funeral services were held December 6 at the Millstone Missionary Baptist Church. Burial was in the Bentley Cemetery at Millstone.