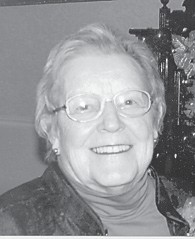 Born in Ashland to the late William Lewis Geiger, Jr. and Mary Cathryn Pollitt Plummerm, she was the widow of Joe P. Newell and the stepdaughter of the late George M. Plummer.

She was the first woman to serve as the chairman of the Administrative Board of Trinity United Methodist Church, and was an avid Cincinnati Reds fan.

She was a member of Nomads Book Club, the Daughters of the American Revolution, and Chi Omega Sorority, and was graduated from Lewis County High School, attended Southern Seminary in Virginia, and graduated from the University of Kentucky with a degree in journalism.