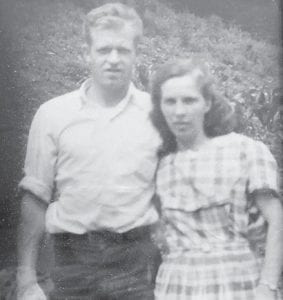 Well, I actually got to go to Letcher County Senior Citizens this morning, Monday, and also got to stay and eat with them. Last week, Mom had a doctor’s appointment, and then I was busy all week with just general stuff. So, today I caught up on a lot of the medical problems of our members. First, Lizzie Mae Wright is still not able to come be with us after her fall. We sure missed her today. Then, Iona Noble has had lung surgery at UK. Her sister Vernetta Roark is still having problems with her throat after her heart surgery the last week of May. Pat Wright was also at the rec center and said Doug is beginning to do better with his chemotherapy treatments.

William Miles spent some time in the hospital at UK a few weeks ago because of a blood clot and he has to go back soon to see if the medicine is doing any good at breaking that clot up. Remember to keep all these people in your prayers.

The seniors birthdays for the month of August are Iona Noble on the 4th, Brenda (Susie) Childers on the 6th, Jack Hammock on the 8th, Pat Miles on the 11th, Lydia Hall on the 12th, and Vernette Roark on the 23rd. Then the ones in the community and our family that I want to mention are my brother-in-law John Graves, then one of my good friends Diane Holbrook Cook, and one of my special aunts, Mary Sergent Bealer. 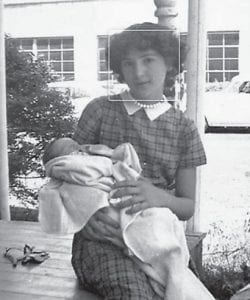 John celebrated his birthday on the 4th. He and my sister Lucille Tacket Graves now live in Bristol, Tenn. After he retired from GE he became the pastor at Sinking Springs Methodist Church.

My friend Diane and I have known each other for many years. We met at Whitesburg High School and then many years later ended up being students at Clinch Valley College in Wise, Va. at the same time. I think we both retired from the Letcher County Public School System the same year and now both of us sell Paparazzi Jewelry. She is also married to one of my really good friends since grade school, Jerry (Poochie) Cook. Her birthday was on the 1st. And because she knows where I live and how old I am, I’ll not mention her age either. I’ll also not put the picture of her that her husband sent me to publish in here. I may keep it though for a special occasion. Thanks, Poochie. 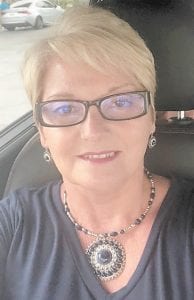 My special aunt Mary Sergent Bealer turned 80 years old. She looks more like 60. She was once married to Mom’s brother Hugh Watson Pennington. She is now married to Tim Bealer and they live in northern Ohio. She is one of the toughest women I know and I love her very much. She and Mommy were both pregnant in 1957. Mom was carrying me and Mary was carrying her daughter Regina. I was born in March but Mary’s baby wasn’t due until November. When I was born, Mary was so smitten with me that she tried her best to get Mommy to let her have me and she said she would swap with her when hers was born. It was her first child and I think she just didn’t want to wait until November to have a baby to tend to.

Mom and Dad, Marshel and Dorothy Tacket, were married on Aug. 2, 1953. He had asked her to marry him when he was home on leave from the Navy. She said yes, but later when he returned to the service she got cold feet and sent him a Dear John letter. He tore it up and threw it in the ocean. Then he came home as soon as he could and talked her back into marrying him. They went to Bernard Banks’s home, and after he married them Dad had to leave to catch a bus to go back to Virginia where he was stationed. It wasn’t until two weeks later they got to have their honeymoon. As you all may know, he passed away March 19, 2004. 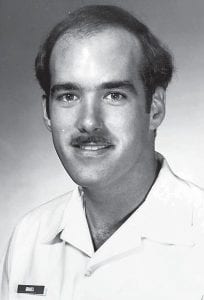 I want to brag on our county and our County Judge/Executive, Terry Adams. As soon as the Blackjewel bankruptcy and the employees’ checks bouncing hit the news I immediately started seeing Terry and others in the county looking to see what could be done to help these families. Their fundraisers and their support through the protest taking place in Harlan County on the railroad tracks has meant the world to these miners. I know I mentioned it last week, but the Glow 4 Coal Run that took place Friday night at the rec center shows what big hearts the people in this county have. My husband and I have family members and community members that are asking us all the time, too, if we are okay. They have said, “If you need anything or any financial help just let us know.” I love it and I appreciate it so much, as I’m sure the others do also. God has blessed us so much. 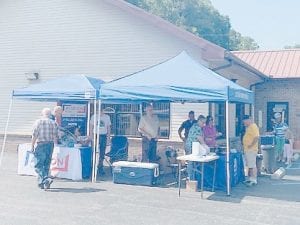 We have a very special neighbor, Imogene Sexton, that is so sick with pancreatic cancer. Even though she is bedridden she took the time to call Mommy today to check on her. Neither one of them could hear what the other one was saying but it was the sweetest thing for Imogene to do. Please keep this whole family in your prayers. Her children are doing their best to take care of her at home with Hospice. Her daughter Sandra Wilson sent me the picture of her and her husband posted in the column this week.

I saw this wonderful post on Facebook from Cowan Community Center. The Gear Up program employs interns from Letcher County for the summer. This week the intern chosen for the intern of the week was my grandson, Seth Lennon Hampton. This is what they had to say about him: 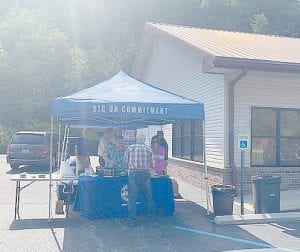 “Our intern of the week is Mr. Seth Hampton. When you Google ‘habits of a successful employee’ you will find statements like, ‘dependable, high degree of patience, allows extra time for everything, takes feedback well, doesn’t gossip or stay on a cell phone’. Seth fits all of these categories and brings his positive attitude with him. His kind demeanor and inclusion with many of the kids at summer camp was phenomenal — you could often find him seeking out the kids who were sitting alone. It was a pleasure to watch Seth grow as he worked through the summer.”

This program has been great for our grandson. He loves people and working with people. He loves children and has always been a wonderful babysitter for his youngest sister. He is a joy to be around. He can talk to you about just about anything you want to discuss and he’s only 16. He told me one time the only thing keeping him from being the president of the United States was his age. Course, he was only about six when he said that.

Okay, I guess I better be closing for the week. Before I do I need to mention that Laney Webb is still having issues with her T cells and is in Cincinnati Children’s Hospital. Please lift her and her whole family, especially her mom, Michelle Webb, up in your prayers. All the people who have lost loved ones also need us to pray for them, especially my pastor, Bill Jones and his family.

Remember Oma’s plea to be in church Sunday morning. Also, if your church has services on Sunday evening or throughout the week, God wants you there.