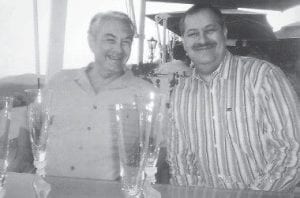 Last week was a banner week for Don Blankenship, chairman and CEO of the nation’s fourth-largest coal company, Massey Energy.

Bowing to public perception, Maynard recused himself January 18, while insisting that his impartiality was untainted by his long friendship with Blankenship.

The company also agreed to pay the largest fine ever, $20 million, for violating the Clean Water Act.

As impressive as those figures sound, it’s just a cost of doing business to Blankenship and Massey.

When your subsidiaries have polluted hundreds of miles of rivers and streams in Kentucky and West Virginia with sediment, acid drainage, metals and coal slurry; when you’ve racked up 4,100 permit violations, the equivalent of 60,534 days of lawbreaking, over less than seven years, why not just pay up and move on?

Investors get antsy when an industry analyst says you could have been on the hook for $2.4 billion after the Environmental Protection Agency filed a complaint last spring.

On many occasions Massey’s operations discharged 40 times as much pollution as legally permitted.

What taxpayers should demand to know is why the lawbreaking was tolerated for as long as it was.

Where were Kentucky’s and West Virginia’s environmental enforcers? And why isn’t such blatant contempt for the law worthy of criminal prosecution?

Kentucky did charge Massey a large fine for the massive slurry spill by subsidiary Martin County Coal in 2000 that blackened 70 miles of waterways.

Two other Massey subsidiaries pleaded guilty in the past to criminal Clean Water Act violations. Like the new consent decree, those agreements included a list of environmental monitoring and remediation requirements.

It will be interesting to see if the latest enforcement action has more of a deterrent effect than the earlier ones. (Don’t hold your breath.)

Massey controls 2.3 billion tons, or about a third of the mineable coal in Central Appalachia. “Central Appalachia not only has abundant coal resources,” said the EPA, “it also contains one of the most biologically diverse and important temperate forests in the world. The aquatic systems in this area are essential to its diversity . . . (and) are the origins of the drinking water for hundreds of downstream communities and thousands of people.”