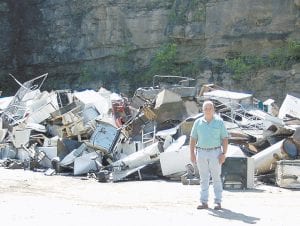 Massey Energy put the kibosh on the possibility of a sale this week.

The Richmond, Va.-based coal company said its board of directors has decided the best way to increase the value of Massey’s stock is to stay independent and stick to its long-term strategy.

“Massey Energy has a strong strategic position in Central Appalachia as the largest producer and holder of coal reserves in the region,” Chief Executive Don Blankenship said in a prepared statement Monday. “We will follow the same strategic principles we have in the past. We will focus on expanding our margins while continuing to consolidate the Central Appalachian region via opportunistic acquisitions.”

That strategic review is over. Blankenship said the company plans to use its strong position in Central Appalachia to grow. Massey has amassed 2.2 billion tons of reserves primarily in the low-sulfur coal regions of southern West Virginia, Virginia and eastern Kentucky.

The large base enables Massey to keep mining costs lower that rival companies, for instance by switching if reserves encounter poor geology. Massey also has long pursued acquisitions of high-cost mines with lucrative contracts that can be filled with coal from lower-cost operations it already owns.

Despite weak demand and prices, Massey’s first-quarter earnings increased nearly fivefold to $32.6 million, largely due to higher exports of metallurgical grade coal and the expiration of below-market-price sales contracts.

The improved results were a bit of good news for Massey, which faces a long list of legal problems.

Federal prosecutors accused the company of thousands of violations of the U.S. Clean Water Act in a lawsuit filed in May. And in March, the federal Mine Safety and Health Administration levied a $1.5 million fine against Massey for safety violations the agency determined contributed to the deaths of two miners in a January 2006 fire at the Aracoma Alma No. 1 Mine in Logan County. The fire also is the target of a federal criminal probe and the subject of a wrongful death lawsuit.