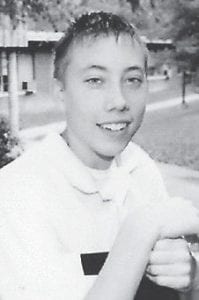 Matthew Wayne Bailey is the winner of the spring 2008 Meryl Brown Rotary Scholarship. He is a son of Wayne and Freida Bailey of Isom, and attends Berea College where he plans to earn a degree in physics and work for an engineering company or research facility.

Bailey was graduated from Whitesburg High School in 2005, ranking fourth in his class with a 4.36 grade point average. While in high school, he was a member of the academic team, Future Business Leaders of America, Appalachian Media Institute, Bible Club, and Interact Club. He was also captain of the golf team and co-captain of the tennis team. Last summer he worked as a math tutor at Hindman Settlement School. He is a member of the Society of Physics Students at Berea College.