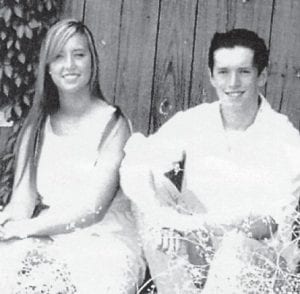 Twins Halie and Codie Hart were graduated May 23 from Stewart County High School in Dover, Tenn. Their parents are Wendy and Stephen Hart, formerly of Letcher County. Their grandparents are Terriena Sparks of Whitesburg and the late Jack Sparks, and Coleene and Rhuford Hart of Craft’s Colly. Halie Hart was valedictorian of her senior class, in the top 10 percent, and received the Balfour Award, U.S. Marine Corps Scholastic Excellence Award, Valedictorian Scholarship and Academic Excellence Scholarship, along with several other academic awards and scholarships. She was voted Ms. Stewart County High School by her classmates, will compete in the HOSA National Competition in Orlando, Fla., later this month, and will go with her church missions team to Nicaragua in July. She will attend Liberty University in Lynchburg, Va., in the fall, where she will major in nursing to become a nurse practitioner. Codie Hart was voted Best All Around by his classmates, and will attend Austin Peay University this fall. He plans to pursue a career in youth pasturing. He will go with his church missions team to Ohio in July.