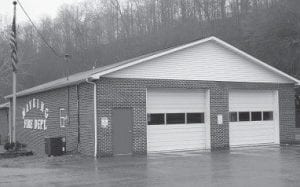 Mayking Fire Dept. officials say bingo games were moved to the fire station after it became unaffordable to operate them at the former Red Roof Bingo Hall at Kona.

reporter William Farley so they could refute what they refer to as unfair allegations made against the department during a public meeting of the Letcher Fiscal Court. Mayking Fire Department Board Chairman Arius Holbrook Jr. and Fire Chief Archie Crawford III met with Farley on Tuesday.

Holbrook said his purpose in asking for the meeting was to let the public know that allegations made at the January 19 meeting of the Letcher Fiscal Court were either untrue or have been corrected. David Chaffins, one of two men who made the allegations to the fiscal court, also attended the meeting.

“Most of the allegations were untrue,” said Holbrook. “We have raised and spent between $750,000 and $1 million on equipment and maintenance and it is all accounted for. We had an audit by the Internal Revenue Service three years ago and received a letter of commendation from them for good bookkeeping.” 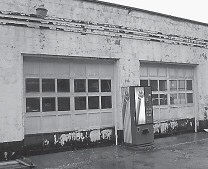 Fire trucks are stored in this old auto repair garage nearby the fire station.

edition of The Mountain

Eagle and refuted many of the allegations made by Chaffins and Letcher County Constable Roland Craft at last week’s court meeting.

Holbrook said the Mayking bingo games had originated at the Red Roof Bingo Hall in Kona for the purpose of providing funds for the upkeep of the fire house and maintenance on trucks, but said that when the county-wide smoking ban was passed, revenues dropped to the point where the $350 fee charged by Red Roof to community organizations holding bingo games there left little money for anything. He said department officials checked the state’s charitable gaming regulations and learned they could hold bingo games in their own facility without having a license if they limit the games to four nights per week. Holbrook said they began to schedule games for Wednesday and Thursday nights.

Holbrook said the Letcher County Cares Domestic Violence Center in Whitesburg had approached the department in early January and asked if they could use the fire house for bingo on Monday and Tuesday. He said the board agreed but forgot that the Mayking Neighborhood Watch also met there on Tuesday evening. He said the community watch group will be offered a meeting spot on weekends or they can move their meeting to a time before the bingo game on Tuesday.

The fire trucks were moved from the fire house to the garage beside the building as reported, but instead of a wood stove as was said at the fiscal court meeting, heat is generated with modern oil stove with a blower. Crawford said the trucks are kept full of water and there is no difference whether they are full of water or not as long as proper temperature is maintained. He said if the trucks were left outside, pumps could freeze and burst but the thermostat is kept set at a safe temperature in the garage. Both trucks are also diesels and require a certain temperature before they can be started. Chaffins said there was no board meeting concerning the move, but that he received an explanation for the move last week after the article appeared and is satisfied.

Holbrook said the board has recently had some difficulty obtaining a quorum for meetings, but points out that all board members are volunteers and cannot be compelled to come to a meeting if they have other business. He also said that the board has eleven slots with seven of them filled, not three as was alleged.

“This bad publicity is giving the wrong perception to people as to what we do and what kind of board we have,” said Holbrook.

Holbrook also said the allegation that the department keeps two sets of books is untrue. He explained that the department has separate accounts for the general fund and for funds raised by bingo in compliance with regulations from the Kentucky Charitable Gaming Board. Holbrook said the gaming board is very exacting in its accounting requirements and makes any organization which uses charitable gaming for fund-raising purposes account for every penny they spend whereas the general fund is for money that comes from the fiscal court, grants, and other sources. He said that may have created the impression there were two sets of books, but it is not the case. Holbrook also said that Archie Crawford Jr.’s wife, Nyoka, is not the department treasurer and does not have any check signing functions within the department.

On allegations concerning lack of response to pages and 911 calls, Crawford said they are not true and that someone from the department responds to every call received. He said that sometimes fires are minor in nature and that several members can knock the flames out with fire extinguishers before the trucks arrive, as in the case of a car fire.

Crawford said the Cram Creek fire mentioned in the fiscal court meeting was not a fire at all but a smoke alarm that went off because of its proximity to a space heater.

Crawford said the voluntary nature of the department, as in most volunteer organizations, makes it difficult to have 100 percent participation, but there is always someone who responds.

“These men are volunteers,” said Crawford. “They have jobs and families and sometimes when they get paged they can’t come out, or they aren’t home. They all respond to the best of their ability. They come to as many as they can. We respond to every fire we are paged for. Every department in the county is volunteer and we are all hurting for manpower. It’s not just us, it’s everybody.”

Crawford also said the Sandlick and Fleming-Neon departments do act as backup, but only when requested. He said the Mayking department returns the courtesy whenever asked.

“We respond to our calls,” said Crawford. “If we need back-up, we call Fleming-Neon or Sandlick.”

Holbrook said the department did buy land for a new building, but said it remains a mystery to him where reports originated that the land was sold to the department by Archie Crawford Jr. He said the land was purchased through Blair Realty from the heirs of M.L. Webb for $220,000.

Holbrook also pointed to the large renovated fire house with cement floors, central heat, and a kitchen for volunteers. He said the land for the new fire house is paid for and that all bills are paid regularly.