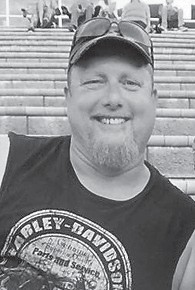 A motorcycle enthusiast known for his friendly smile, Boggs was president of the Seventh Sons Motorcycle Club of Whitesburg. He owned and operated 805 Tire & Service at Haymond.

Boggs, who attended Fleming-Neon High School, was a son of Vonda Hoskins Boggs of Millstone, who survives him, and the late Bobby Gene Boggs.

Surviving in addition to his wife and mother are three step-sons, James “Bub” Snell of Cowan and Dillon Jenkins and Corey Jenkins, both of Hindman; a step-daughter, Shea Campbell of Hindman; a brother, Duncan Boggs of Millstone; three sisters, Tammi Damron and Evelyn Boggs, both of Georgetown, and Fannie Boggs of Kentucky River; and a step-granddaughter,