Memories of family gathering around fireplace 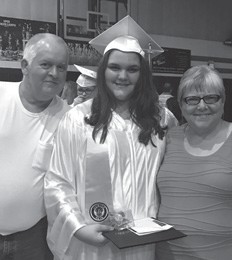 Wendell and Alicia Cook with their granddaughter Gabby Cook.

You know, no matter how many times I enter my childhood home, I still at one point or another find myself remembering some special memory that I hadn’t thought of in years. Sometimes, I will be rummaging around in some of Mom’s keepsakes and that sets it off, but most of the time it’s from a conversation between me and Mom that makes me think about something that happened way back when. Today when I mentioned how dark and dreary the day was, she said she surely hated to see winter come.

My sisters Delores and Charlene and I were talking last week about the experiences we had around Mamaw Pennington’s fireplace. She lived in the head of Stinking Branch when we were growing up and this homeplace was never ever boring to any of us kids. The wintertime, though, was a hard time for her, as I guess it was for everybody.

I think her oldest daughter,

Margie Adams’s boys helped her with her firewood and coal. I know they stayed with her a lot and helped with her livestock, too. Anyway, her fireplace was always burning when it turned wintertime. It was the first place we ran to and would warm the front and then the back. 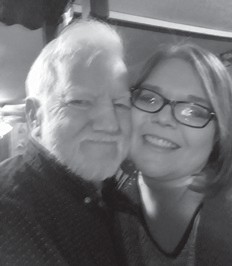 After the evenings wore on the men would always claim the fireplace with their chairs and chewing tobacco. Back then, she didn’t have a living room, and especially no television. There were two beds in the room and we kids would pile up on them and just listen to the men talking of their coal mining jobs, their farm work, and their families.

Every once in awhile we would hear a sizzle as one of them would spit their ambeer in the fire. I always wondered how they did that without getting it all over everywhere and themselves.

The women were always in the kitchen working and talking, but the talk by the fireplace was always more interesting. To this day I love building a fire out in the backyard and just sitting and watching it and remembering back to the good ole times.

My sister Delores told me something Daddy had said to her once when our kids were running, playing, squealing and laughing outside in the yard and garden. She said she had started trying to get them to come in because it was nearly dark and Daddy said, “Just leave them alone a while, they are just now making their best memories.” Oh, the memories of those days at Mamaw Pennington’s with all my family and cousins are so precious to me. 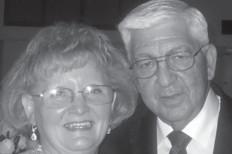 Lisa Ison with her son Zeke. She celebrated her birthday on the 6th.

While I was out Christmas shopping Saturday I saw our Letcher County Senior Citizen director, Debbie Baker. It was so good to get to talk to her and she told me about two of our seniors, Elmer Hammonds and Lloyd Mullins, being sick. She said Lloyd had had the COVID-19 virus but was starting to feel better. She said Elmer had been sick, but had finally come back to the rec center to pick up his lunch meal that is still being provided by KRADD. Then she called me on Sunday and said Elmer had passed away. He was such a big part of our senior citizen program. He was always ready to volunteer anytime Debbie asked him to. He loved playing corn hole and Rook and telling jokes. Half the time he would start telling a story and halfway through it I would realize it wasn’t true, but a big joke. His children and grandchildren are surely going to miss him and our senior citizen program will miss him too. He was a former Marlowe Coal Camp resident also. 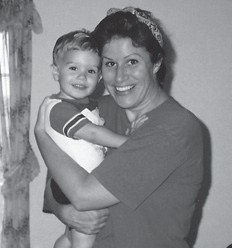 The seniors are still picking up their lunches at the rec center and Debbie and Carmen Brock get to talk to a lot of them this way. I sure miss this part of my life. Debbie and Carmen are looking forward to things getting back to normal, too. This program meant so much to so many people. This was a lot of the seniors’ only way of socializing. Hopefully it won’t be long before we can resume.

My sister Delores was telling me that one of Mom’s neighbors, Wendell Cook, called one day last week to tell her a good one on himself. Seems he was walking around the side of his building with his arms full of wooden pieces laid out just the way he needed to put them together, when out of the blue here came two big female deer making a beeline right for him. Needless to say, he had to throw his arms up and get out of their way in a hurry. A buck or dogs must have been chasing them. His carefully laid out plans for the wood were all destroyed and he went in the house and said to his wife, Alicia, “I almost got runned over by a reindeer.” 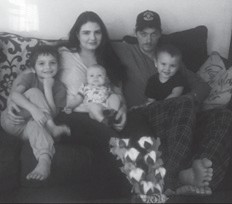 FIVE MONTHS OLD — Adam Randyll McClain was born July 10 at Whitesburg Appalachian Regional Hospital to Victoria and Wendell McClain III of Little Colley. He is a grandchild of Dee and Bill Miller of Florence, and Cynthia Mcgilton of Redfox and Wendell McClain of Colson, and has two brothers, Anthony Ray, 6 years old, and Axel Eugene McClain 2 years old.

Birthdays this week and last week are Lisa Ison and Angie Kincer Gibbs both on the 6th, Mike Watts on the 7th, Jennifer Vance Herrell on the 8th, Edith Begley White, Mikki Howard, and Georgia Dickerson on the 9th, and Keith Hall on the 10th.

I have some very urgent prayer requests. One of our church members, Betty Frazier, wanted us to pray for her husband Bill Frazier. He is in the hospital at Pikeville with heart problems. A stent was placed in one blockage and they are going to watch and treat another blockage with medicine. Also her son Orville is in the hospital at UK with vasculitis. He has been sick for about four months with this. It is a rare vascular disease that some are born with but it doesn’t show up until they are older and may never show up. Stress or RA may cause it to flare up and when it does it attacks your organs and it attacked Orville’s lungs. It is not curable but is treatable and if they can get it back in remission it may never happen again.

One of our former church members at Letcher Independent Baptist, Kyra Stepp Noel, needs our prayers. Pastor told us Sunday she has cancer of the blood and there is no treatment for it. Her husband Don also has esophageal cancer. Another church member, Rob Watts, asked us to pray for his father in-law, Billy Sexton, who fell and broke his hip Sunday. Also, remember the families of Bill Adams, Ruth Yonts, Elmer Hammonds and all others that have lost loved ones. Especially remember my pastor and his family, Bill and Sandy Jones. Let’s keep our nation and everything that is going on right now with all the unrest over the election in our prayers.

And, as always, attend church Sunday or throughout the week if you can.