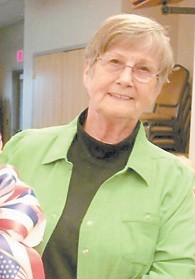 She was the daughter of the late Thurston and Maxie Whitaker Davis.

Mrs. Day worked many years as a bookkeeper for several coal companies and retired from Mountain Comprehensive Health Care in 2003. She was a longtime member of the Letcher County Historical and Genealogical Society and was a very active member of the Pine Mountain Chapter of the Daughters of the American Revolution where she had served as treasurer and registrar and was committee chair of Genealogical Records and Lineage Research.

She was preceded in death by a son, Tim Day; a son-in-law, Andy Fields; a brother, Jim Davis; and a sister-in-law, Donna Davis.

Funeral services were held August 18 at Letcher Funeral Home. Burial was in the Whitaker-Davis family cemetery on Mill Branch.