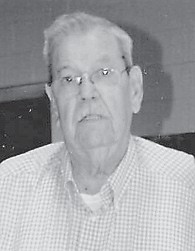 Born in Perry County to the late Metry and Anna Miller Kuracka, he was a brother of the late Brooke Burns, Francis Davis, Helen Elamon, Carl Kuracka, Martin Kuracka, and Donald Kuracka.

Mr. Kuracka enjoyed gardening and was proud of his peaches that he loved sharing with his friends at the Senior Citizens Center. He attended Colson Baptist Church for many years.

He is survived by his wife, Lorraine Banks Kuracka; a son, Derrick Kuracka of Isom; a granddaughter, Hailey Kuracka of Colson; a brother, Andrew Kuracka of Slidell, La.; and a sister, Louise Wilkins of Dayton, Oh.

Funeral services for Mr. Kuracka were held April 2 at Letcher Funeral Home in Whitesburg. Burial was in the family cemetery at Isom.