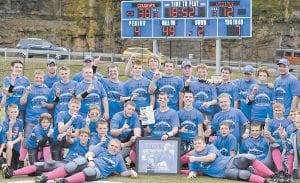 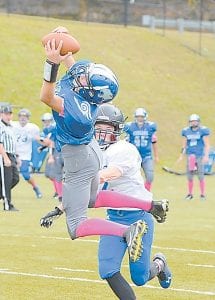 Gregory Kincer stretched to haul in a pass during the Letcher County Central Middle School Football Team’s 38-12 win over Paintsville in the quarterfi- nals of the 8th Grade Division 3 Playoffs. The Cougars will face Caldwell County in the semifinals in Lexington on Sunday. 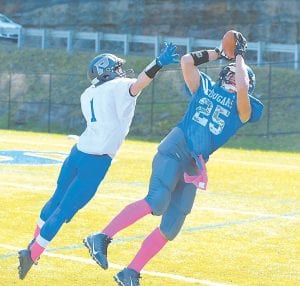