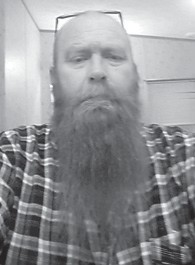 Mike Burgess, 56, of Deane, died April 2 at his residence.

He was a son of the late Jimmy O’Neil Burgess and Rosalie Jane Dutuck.

Surviving are his wife, Janet Burgess; two brothers, Jimmy Burgess, Jr., and Thomas Burgess, Sr., both of Michigan; and a sister, Mary Vanbury of Tennessee.

A private service was held.