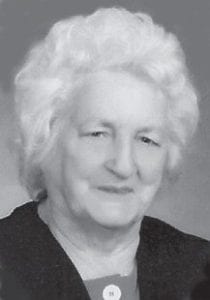 Mrs. Collins was the former postmaster in Sackett, Ky., during the 1940s.

Funeral services were held April 19 in Greenfield, Ind. Burial was in the Park Cemetery.