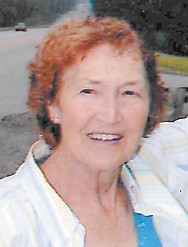 Born in Redfox, one of 12 children of the late Burnett and Tina Blair Ison, she was the widow of Joe, Koloski.

She was also preceded in death by 10 brothers and sisters, and a daughter-inlaw, Deborah Koloski.

Mrs. Koloski’s family lived in the Redfox area including many years in a log cabin in Breeding’s Creek. She attended a one-room schoolhouse for years before she was graduated from Hindman High School in 1950, and then went to Lee Community College in Toccoa Falls, Ga.

On a trip to New Jersey to visit her brother, she met Joseph R. “Bunny” Koloski, who was then stationed at Fort Dix. They were married August 4, 1952 in Paterson, N.J. and after his discharge from the Army made their home and raised their family on Mr. Koloski’s family farm in Hartford, Vt. In addition to helping on the farm and raising their children, she worked at Dewey’s Mills and the Hartford Woolen Mill and later at Split Ball Bearing in Lebanon until retiring in the mid 1990’s.

Mrs. Koloski enjoyed square dancing with her husband, and attending events at the Hartford Historical Society as well as gardening, quilting and crocheting. She also enjoyed going to reunions and company picnics at Split Ball.

Funeral services were held March 16 at the Knight Funeral Home in Vermont. Burial will be in the Hartford Cemetery later in the spring.

Condolences to Mrs. Koloski’s family may be made in an online guestbook at knightfuneralhomes.com.

In lieu of flowers, contributions may be made to the charity of your choice.