Moments and Memories at Whitesburg High 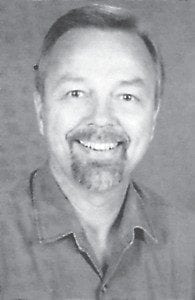 Mr. A.H. Holbrook has been a teacher for 29 years. He has taught chemistry, introduction to chemistry and physics (ICP), and algebra II. In addition to teaching, Mr. Holbrook has dedicated himself to Whitesburg High School as a coach and club sponsor. He previously coached boys’ basketball, tennis, football and cross country. He has also sponsored the fishing club and coordinated the senior trip. Mr. Holbrook has not only shared his time, energy, and knowledge with Whitesburg High School but also himself. 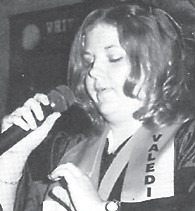 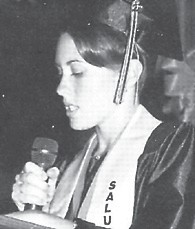 Sergent, a former All- State player at Whitesburg and an All-OVC performer at Morehead State, served as an assistant coach under Ton Searcy from 1988-90 and left the sidelines when Searcy left for Shelby Valley in 1991. Sergent continued to serve as the Jackets’ strength coach until 1994 and has been given much of the credit for developing the players that allowed an undersized group of players to reach the Class AA Final Four in 1994 and the Final Eight in 1995. Whitesburg posted a 23-4 record during the two-year span.

WHS principal David Boggs said the site-based council, which makes all personnel decisions, was comfortable with its selection of Sergent.

Kentucky State Trooper Jeff Collier ran in the 104th Boston Marathon April 17. He completed the race in 2 hours, 52 minutes, finishing in 600th place out of 20,000 runners. He had previously participated in one other marathon in Rhode Island in November, which qualified him for the Boston event.

Collier is a former Whitesburg High School All-State and Honorable Mention All-American runner. He says he dedicated his Boston race, which was run on Patriots Day, to his personal heroes, his grandparents, Orville and Lela Collier of Partridge. He said he enjoyed running in the race, but he didn’t forget to pay tribute and to salute those who paid the price to provide the freedom, which is often taken for granted, even on Patriots Day.

Collier is a son of Wanda and Roger Collier of Partridge. He lives in Jackson with his wife, Jenny Huff Collier, formerly of Whitesburg, and daughter Jill, 3.

Whitesburg High School’s Family, Career, Community Leaders of America participated April 10-13 in state competition in Louisville. Malori Cook, daughter of Mike and Betty Cook of Colson, won first place in the child development category, senior division. She told the story of Little Red Riding Hood and taught the importance of refraining from violent acts. She was awarded a $3,000 scholarship to Sullivan College.