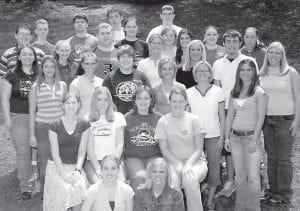 (The Whitesburg High School graduates in the single photos accompanying this column were some of the members of the senior class of 2004.) 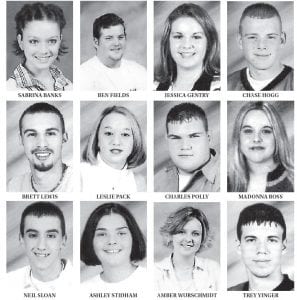 The first Interact Club was founded in the U.S.A. in 1962. Now there are approximately 9,000 Interact Clubs globally, with a membership of around 210,000 teenagers.

Interact is basically a happy mix of a service club and a social society, a little of both but not too much of one. Teens can mingle amongst one another whilst managing beneficial projects.

The Community Service part of Interact consists of projects benefitting the underprivileged and for raising funds for the community.

The Club Service department mainly does projects which benefit the club such as membership drives.

International Understanding is mainly about bringing everyone closer to one another. IU (short form) departments usually have an annual IU Day/Night themed on a culture or a country, so members of the club can understand foreign people more and thus bring the world closer.

The Interact Club, on a whole, is a steppingstone for teenagers to bring them into the adult world in terms of character, social stability and management capabilities .

Many members from this school join the Interact Club. It’s a massive organization and their recent charity concert is quite successful.