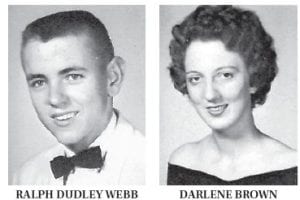 Animals have always held a genuine symbolism for Americans. Most of us were brought up on bedtime stories in which animals were portrayed. The bison and eagle decorate our coins, currency, and official seals. Yet in these United States, our highly regarded animals are slowly facing annihilation.

I am a young Kentucky sportsman, and I, like thirtythree million other Americans, buy a hunting or fishing license yearly. Every seasonal opportunity I visit nature’s spacious gifts with either a fishing rod or gun in hand. Living this close to Mother Nature, I realize the pleasures of an abundant source of fish and wildlife, but more and more I recognize the vast shortages of game as compared with the abundance of one hundred years ago. Early Americans, explorers and pioneers, beheld a remarkable profusion of wildlife at Plymouth Rock and other eastern portsto be. As they moved west and settled the Ohio and Mississippi valleys, the Lake States, the Great Plains, and California, they found the same magnificent profusion. Lewis and Clark recorded surprise at the abundance of wildlife in most of the country crossed by their expedition from St. Louis to the Pacific. The Hudson Bay Company, the Astors, and others built great fortunes from their exploitation of wildlife in those other days. What has happened to the great abundance of fish and wildlife in my community today? Why are the benefits of these not being enjoyed presently?

My community is a mining town at Premium, Kentucky, situated on the banks of the North Fork of the Kentucky River and a small creek called Smoot Creek. It is only a few miles from the Letcher County seat of Whitesburg. The people of this typical coal mining community are farmers and miners. These people once thrived due to the output of coal, and as the coal business grew, so did my community. Then, as the saying goes, “the fire gets hotter before it goes out.” So, also did the coal business go. Because conditions grew worse, the miners and their families turned to seek other fields of employment, but there were none. Now the “economically depressed areas of Eastern Kentucky” began to materialize. The unemployed miners searched to find some nonspecialized local vocation. They looked to the thousands of acres of soil, but our land is too steep for farming extensively. Then they looked to the streams, but they are unnavigable and polluted. Then they looked for minerals, but the coal supply is dwindling. We have only one last hope, a nearly exhausted supply of fish and wildlife. We look in agony at the wastefulness of mankind and the ugly pollution of nature. We wish God’s precious blessings had been cared for so that Eastern Kentucky’s future could appear brighter.

However, it is not too late to improve our depressed areas. One way to do this is through the preservation of our fish and wildlife, I can think of many benefits, which would follow a restoration of Kentucky’s animal life. Recreational benefits would be astounding. An abundance of game would lure tourist, sportsmen, and pleasure-seekers. The thrill of free and unlimited hunting and fishing would again be restored as in early times. Eastern Kentucky, like more advanced areas, would enjoy life and nature as the early settlers did. With suitable fishing facilities would come fishermen. Also, with abundant water supplies would come other water sports such as water skiing, skin diving, etc. Both commercial and sports interests would be lured into the area. Local residents would receive important benefits both from jobs provided and from the pleasure of living side by side with creatures of the wild. Our area would be much like that of the Tennessee Valley, bustling with activity, fun, and money.

We in this area have been fortunate in that we have had adequate game laws for the protection of our wildlife for several years. However, enough attention has not been paid to the preservation and development of our water resources. If our area could obtain a large lake, occupations such as commercial fishing, trapping, dock working, and other related forms of livelihood would inevitably follow. Our financial well-being would be greatly enhanced.

Forestry is playing an important role in eastern Kentucky. Wildlife conservation can aid reforestation. Animals act in seed dispersal and tree pollination. Birds control harmful insects of the forest and fields. Animals assist soil fertilization. Plants set for wildlife cover assist in holding the soil. Fish help control water pollution through their feeding habits. Another benefit to be derived in future years is the usefulness of wildlife in the restoration of land stripmined for minerals.

Yes, fish and wildlife conservation does benefit my community. We are helping preserve nature’s spacious beauties, which were Godgiven for our enjoyment.

The first meeting of the Whitesburg Parent-Teachers Association was held in the cafeteria Tuesday night.

Mrs. Bennett Pesis, President, outlined the aims and purposes of PTA and announced the fundraising project for this year. The organization will sponsor two Barter Theater Productions in Whitesburg on Oct. 11. At 4:15, “Rumpelstiltskin” will be presented; at 8 p.m. “The Golden Fleecing” will be staged.

The organization voted to pay part of the cost of new sidewalks and painting labor for the lunchroom and the auditorium which have recently been decorated.

On the eleventh of April my mother, grandmother and I were in an automobile accident on Pine Mountain. That is one day I shall never forget as long as I live. The sound of that car as it crashed down the mountain breaking everything in its path, the screams of all of us as we were thrown around in the car and finally the dead, still quietness after the car under the mountain, all this seemed an eternity is vivid in my memory. When I realized the car had stopped, I found myself lying on the ground 25 feet below the car. Though every bone in my body was aching and blood was pouring from a large gash in my leg, I climbed back up the hill and found my mother lying under the car, and my grandmother caught in the back seat.

It seemed an eternity before help came to get us to a hospital and when it did I was afraid Mother wouldn’t live to get there. On arriving at the hospital, I was taken care of in about 30 minutes, but it took until 7:30 that evening to get Mother out of the emergency room and into surgery.

She was later placed in traction because of a fractured neck and other broken bones as well as cuts and bruises. After remaining in the Whitesburg Memorial Hospital for eight days she was moved to Harlan Memorial Hospital where she has been since and will be there until about the last of June.

This has been a terrible experience and one I won’t ever forget. But what makes it so sad in connection with school is the coming graduation. How would you feel going through your graduation if you were in my place? Where will there be any happiness of this event knowing all the time that my mother isn’t in the audience watching me, as your parents will be? I will do my part of the graduation as best I can but I won’t be very happy. For far back in my mind I will be sitting with my mother in the hospital room instead of graduating with the class of Whitesburg High School.

(The above articles from the 1961 Yellowjacket Yearbook and Black Kat Newspapers.)