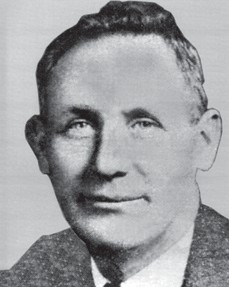 The purpose of high school by Principal C. J. Reed

The main purpose of the high school is to help young people find out what they want to do and what they can do. Its chief purpose is not, as some would suppose, to prepare for a particular job or occupation. So, the course of study or curriculum is general and on a broad scale touching lightly on a variety of subjects and fields. Thus, the young student may try his hand at a number of things and then decide on likes and dislikes. Under the observation and guidance of a skilled teacher he will learn what he can or cannot do and so be able to make wise choices.

It is not the purpose of the high school to train for lawyers, doctors, preachheld ers, teachers, businessmen, masons, carpenters, plumbers, or what not, but to lay a broad foundation for any and all of these or other occupations and give the student a taste as to enable him to begin to make wise and proper choices.

Since it does not take as much training for mastery in some fields as it does in others, of course the student will be better prepared at graduation for some fields of work than others. For example, we have in the Whitesburg High School a course of general business offered to freshmen and a course of bookkeeping offered to seniors. The average student who graduates from high school completing these four courses should be able to do a fair job in the ordinary office. Yet we do not say these are preparing the student for commercial work. It is only giving the student a chance to try his hand at this type of work so that he may choose wisely.

In a school the size of Whitesburg there is such a variety of subjects that no one student can complete to all of them within four years. So, it is necessary to make some choices and eliminations. Where possible I like to have a conversation with each student and his parent in order to assist in choosing the best course for the individual student. To be sure the more I know about the individual student, the more assistance I am able to give.

These 28 pledges had gone through previous initiation where they were required to dress up. Each was asked to contribute some article they had made and 25 prepared tin cans.

The articles will be sold to increase the Home Ec. Club funds.

This Friday, the club plans to practice parliamentary procedure for the benefit of its new members.

(The above article from the December 1942 Black Kat Newspaper)

Friday evening at 8 o’clock in the grade school auditorium.

The program began with “Triumphal March from Aida” then Invocation – Music-Salutatory by Emma Jean Amburgey-Solo by Joanne Lewis-Valedictory, Wm. Harlan Morton-Music. At this point the principal speaker of the evening, Dr. W.H. Vaughan, President of Morehead State Teachers’ College, was introduced by Prof. Millard Tolliver. Dr. Vaughan chose as his subject “Rediscovering America”.

In his speech Dr. Vaughan told of the trials and hardships of our first settlers. He told of how Dutch immigrants came to love and worship America and of one occasion when a Dutch immigrant fell down and kissed the soil of America. He related many instances of how one could re-discover America. First, he asked his audience to go with him to Jamestown where the settlers fought both Indians and hardships and how they fought without aid or help from the Mother Country, then to Hampton, Va., where the first free academy was established and finally to Whitesburg High School which stands as a symbol and a sacred shrine overlooking the valley. He told of how the rich and the poor, the banker, the lawyer, the doctor, those with influence and those without could all assemble together in peace and harmony. He gave many beautiful expressions of the high ideals of our country, using as example Abraham Lincoln and the unfinished task which lies before us.

After the address of Dr. Vaughan, Supt. Watson Webb presented the diplomas to the Graduation Class. Then the benediction and “Forever March” by the Orchestra, the audience standing while the class marched out. The class was very beautiful and it seemed that the dawn of young manhood and womanhood was just bursting into bloom. On the faces of some were expressions of sadness while mirth and laughter were the expression of others. No doubt each of these will do his bit toward advancing “Spiritual and Educational Liberty, High Ideals and Righteousness” in the mountains of Eastern Kentucky.

Whitesburg High School won many honors in the 15th District Speech Festival held at Hazard last Friday and Saturday. The debate team, composed of Emma Jean Amburgey, Alter Hall, and Jack Cornett, was runner-up to Ezel, the champion. These two teams met in the finals, after eliminating Hazard, Fleming, Frenchburg, and Highland.

In other events, four of our students won the right to represent the District at the State Speech Festival in Lexington, April 8-11. These were Emma Jean Amburgey, in Kentucky Oratory; Nelt Holbrook, in General Oratory; Ruby Duncan, in Radio Speaking; and Sally Ann Adams, in Interpretative Reading, Poetry. Geraldine Polly was the representative in Interpretative Reading, Prose.

(The above article from the April 2, 1942 Mountain Eagle)