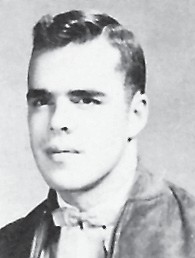 USMC Lt. Colonel (Ret.) Bert Francis has always cherished his family, his friends, his country and the desire and dedication to do whatever it takes to succeed. Now retired to Richmond with his wife, Arlayne Collins Francis, also of Whitesburg. Bert still spends his retirement enjoying his family and relishing memories of the folks that brought him to the point where he is today. Those memories begin in the mountains of eastern Kentucky.

Bert was raised in Caudill Town near the site of the old Mill Dam. As a third grader at Whitesburg Grade School, Bert decided that he wanted to be an engineer as well as a U.S. Marine officer, and believed that he could do either or both. And, he eventually accomplished both goals.

In the interim, music played a large role in his life. His first instrument was a guitar which he received for Christmas in the fifth grade and he learned chords with the assistance of a book that came with it. Within a year, he was putting those chords together to create songs. Merle Travis was his idol. By the seventh grade, he was in the Hugh Adams band program as a baritone player. 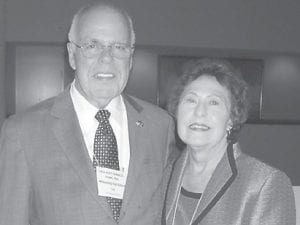 As high school approached, Bert became fascinated with the small chemistry lab at the high school and Mr. Edgar Banks soon became a mentor and one of Bert’s favorite professors. Bert excelled not only in chemistry but also in other science and math courses.

As a WHS sophomore, another major influence came into Bert’s life when Jack Taylor became the band director and built on Hugh Adams’s concert band with great music talents. Jack Taylor molded these musicians into a marching machine and won band competitions consistently. An outstanding group of career musicians came from that program including John Doyle, Eddie Cornett, Gail Potter, Ann Cox, Arlayne Collins and Bert Francis, who made a living with their musical talents. In fact, in Bert’s senior year, he served as the “student director of the Beginner’s Band” for Jack Taylor, which enabled him to learn to play most all of the instruments and an opportunity to broaden his musical experience.

Bert also attributes Mrs. Jackie Combs Owens to a part of his musical life as she pushed him and others through the choral programs at WHS. Jackie taught music at the school and organized “The Merry Men”, a singing group which included John Edward Collins, Jimmy Paul Enlow, Mickey Bowen and Bert Francis with Ann Cox as pianist and Bert playing guitar. The group won the Ted Mack Amateur Hour on WSAZ-TV in Huntington. During those last two high school years, Bert not only played the baritone horn in the school bands but also played guitar and other instruments with Jack Taylor’s Dance Band and several county music bands in the area. The Cumberland Mountain Boys featured Lonnie Mullins, Johnny Miller, Gene Stump, Bert Francis and others and performed throughout eastern Kentucky and southwest Virginia and weekly at the new WTCW radio station in Whitesburg. A bluegrass musician named Bill Monroe offered the Cumberland River Boys the opportunity to perform with the band.

After graduation from WHS at age 17, Bert worked in Detroit at a Pepsi-Cola plant for the summer while playing guitar for eastern Kentuckians and others in a Detroit bar to earn enough money to supplement his academic scholarship at Union College. The summer of 1956 found Bert working in Columbus, Ind., and in 1957 his college fund was helped by a job in Kansas City, and by 1958 his summer job program had him in Indianapolis.

After that one year of teaching, Bert moved to Indianapolis and became a laboratory technician at the Linde Company research lab. For recreation, he played with some that dance bands in and around Indianapolis, took flying lessons and dabbled in building ¾ midget race cars.

In the fall of 1960, Bert enrolled in the School of Chemical Engineering at Purdue University in pursuit of one of those goals that he had established for himself in the third grade. Dr. Sam Maggard, also from Whitesburg, was a member of the faculty in the school of civil engineering at Purdue. Bert and Sam had been Boy Scouts together in Whitesburg.

In 1961, Bert enrolled in the Marine Corps Platoon Leaders Class, a special officer training program for college students. After graduating the 12-week Officer’s Training program at Quantico, he returned to Purdue to resume his studies in chemical engineering. At that point, Bert was on the road to accomplishing both of his third grade goals.

In December 1962, Bert came home to Whitesburg for the Christmas vacation. While there, he connected with a Whitesburg classmate, Arlayne Collins, who was also home for the holidays. Three dates later, they decided to be married. Bert returned to Purdue and received his degree in chemical engineering on January 23, 1963, and on that same day was commissioned as a second lieutenant in the Marine Corps. Four months later, Bert and Arlayne were married. He had not only accomplished both of his third grade goals, but also had a new wife and life-mate from Whitesburg.

(Incidentally, Bert is not the only musician in that family. Arlayne was also active in the WHS band, piano and choral activities. While a freshman at Cumberland College in 1955, Arlayne was chosen as the alto soloist in “The Messiah” at Memorial Auditorium in Louisville. Later, as a student at Eastern Kentucky University, she won the regional competition for the Metropolitan Opera tryouts with Rudolph Bing in Chicago. Arlayne was taught to sing by her grandmother while they worked in the garden at Colson.)

United States Marines: Immediately upon graduation from Purdue, Bert began his three-year commitment to the Marines at Quantico, Va. After seven months of additional officer training, he was assigned to 29 Palms, Calif., as an artillery officer for two years. With the Vietnam War in full swing, Bert chose to extend his commitment for an additional year in order to experience combat for which he was trained by the Marines.

In February 1966, he left California for a 28-day trip through the Pacific Ocean and the South China Seas, bound for the Republic of Vietnam with a group of fellow Marines. Bert vividly recalls the unforgettable fish and other odors which permeated the environment as the vessel pulled into Vietnam and added that these fish were a far cry from those he had experienced while fishing in the Kentucky River in his youth.

The first stop was at Chu Lai and then on to Da Nang. After three months, his battery was moved by convoy to Phu Bai where the action began. His unit was supported by helicopters, jet fighters and the USS Oklahoma from the coastal waters. A month later, 1st Lt. Bert Francis was sent to Cam Lo, a station near the DMZ at the border of North Vietnam as battery commander of an artillery battery, filling a billet normally reserved for a captain or major.

Although without much combat experience, he served as commanding offi cer of two different artillery batteries, each comprised of more than 100 Marines. Within six months, Lt. Bert Francis ( USMC) became Captain Bert Francis and was assigned a third artillery battery to command. During this first tour in Vietnam, Bert was awarded the Navy Commendation medal with a “V”.

After this career decision, Bert was placed in charge of Marine Officer Recruiting in Cincinnati. Shortly the Marine Corps sent him to graduate school at American University in Washington, D.C. where he received a master’s degree in operations research and management information systems.

Then it was back to Vietnam as a battery commander in artillery. He was scheduled to be a statistical analyst in a computer center, but volunteered to return to the field. His grand combat finale was conducting a successful raid on a North Vietnamese rocket battalion, and evacuating 14 fire bases scattered throughout the mountains in the Da Nang tactical area of operation. This tour resulted in a Bronze Star with a Combat “V” for Bert.

He was then assigned to Fleet Marine Force Headquarters in Norfolk for four years and promoted to major. As a systems analyst, he headed development of an automated financial accounting and reporting system for the Marine Operating Forces and also served as a member of the adjunct faculty for the University of Virginia, Hampton Roads Center. He then returned to Purdue University as an associate professor of Naval Science for three years and also attended the Krannert School of Management.

He declined the opportunity to go to Europe and be in charge of Marines at embassies throughout Europe, choosing instead a tour at Camp Lejeune and the opportunity to become a battalion commander, one of only five in the entire Marine Corps and coveted by Bert.

He was promoted to lieutenant colonel and reached the pinnacle of his Marine Corps career as battalion commander of an artillery battalion (750-800 Marines) at Camp Lejeune. Bert’s particular battalion was the artillery support unit for the President’s Amphibious Readiness Force, twice deployed to Cuba in support of the Ground Defense Force in Guantanamo.

In 1980, three days after he routinely relinquished command of his battalion, Arlayne was diagnosed with breast cancer. Following her surgery, Bert was assigned as assistant chief of staff, 2nd Marine Division while she was recuperating and they spent the remainder of his military career at Camp Lejeune. After a recurrence of the cancer in 1983, Bert decided to retire to Kentucky and they moved to Richmond.

Through hard work, Bert Francis, who (in 1946) as a third grader from Caudill Town aspired to become an engineer and a Marine, had successfully attained both of those goals against great odds. Somebody forgot to tell him that he couldn’t do those things. His formal Marine Corps Officers dress uniform and citations are displayed in the Veterans Museum at Whitesburg.

Bert and Arlayne now spend their retirement years enjoying their family and friends in Kentucky and around the world, particularly those from WHS and the Marine Corps days. They had a fantastic career. And, Bert reached his childhood goals.