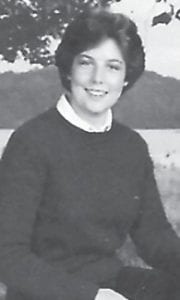 On Friday, Oct. 15, Whitesburg High School celebrated its homecoming. The 1982 Homecoming Parade began at 1:30 p.m. The theme for this year’s parade was “The 80’s On The Go.” There were 19 floats to enter the parade. Trophies were awarded in four categories: Civic Division, Grade School Division, School Club Division, and the High School Class Division. 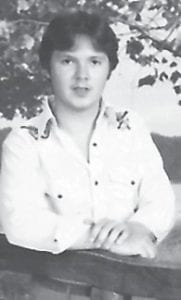 In the High School Class Division, the senior class placed second, and the first place trophy was given to the sophomore class.

The same evening, the Whitesburg High School homecoming took place at the Whitesburg football field. The ceremony opened with the presentation of the float awards. 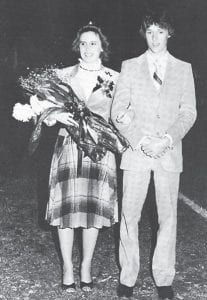 As you probably know, several teachers retired last year. These teachers were Joy W. Breeding, Mary Emma Lewis, and Preston Armstrong. We also lost Jon Henrikson, who is now living in Louisville as President of the Kentucky Educational Association, and Dana Richardson, who took a threeyear leave of absence.

When asked how they like their new teaching jobs, all the teachers answered very positively.

Mrs. Ison: “I like working with high school students and being a junior sponsor and I’m looking forward to taking part in the activities of the high school.”

Ms. Sergeant: “I like it a lot at Whitesburg. This is a very friendly atmosphere.”

Mr. Holbrook: “I like it, but it is what I expected since I graduated from Whitesburg.”

The Harris Award was named in honor of Professor H.H. Harris, who served as Principal of Whitesburg High School from 1919 until 1927. It is awarded to a senior boy by the faculty on the basis of leadership, character, and scholastic standing. This year’s recipient is Rocky Craft. His parents are William and Oneida Craft. He lives on Cowan Hill and enjoys playing the guitar and hunting. He was also in the top 10 percent of his graduating class.

The Dugan Award is named in honor of Miss Ann Dugan, who served as the home economics teacher for 27 years at Whitesburg High School. The award was first presented in 1966 and is awarded to a senior girl on the basis of character, scholastic standing and leadership ability. This year’s recipient is Pam Hall. Her parents are Jack and Carolyn Hall. She is a member of the Math Club, a cheerleader for three years. She enjoys swimming and is interested in today’s youth. Pam is in the top 10 percent of her graduating class.

Uniforms get band out of jeans

On Saturday, September 18, the Whitesburg Marching Band traveled to Hazard to participate in the annual Black Gold Festival.

The parade began in Walkertown, past the State Police Headquarters, and ended at the Hazard High School. It consisted of over 70 different floats, bands, coal trucks, and antique cars . is

Th was the first of several trips the band will take this year. The band has experienced financial diffi culties since the burning of the band room in the spring of ’81. There were a few problems in receiving enough uniforms at the beginning of football season, and it was necessary for the band to march in blue jeans and white shirts for several ballgames. Their uniforms finally arrived and the band should enjoy a successful year.

Summer is over and Whitesburg High is back into the swing of things. The students look back on their fond memories of summer and recollect a few of the things that they did.

Each year, Whitesburg Marching Band travels to Paintsville to compete in the Apple Day Band Contest on Apple Day. This year the event was held on Saturday, Oct. 2, and Whitesburg again competed.

In the Class AA competition, Whitesburg walked away with three trophies. The rifle and flag squad was awarded the title of Best Auxiliary; Betsy Adams was named Best Field Commander, and the band received first place in overall marching and performance. This was the first time WHS Band had won this many honors at one time.

Mr. Lester, the band director, said that he was not satisfied with the band’s performance and that they still need a lot of hard work and concentration. The Band also participated in the Apple Day Parade the same day as the contest.

Another band contest was planned for Oct. 16 at Prestonsburg, but it was called off because of Mr. Lester’s recent illness. There will be no more band contests this marching season, but the Band is looking forward to an excellent concert season.

In the Class AA division, Whitesburg came in fourth place behind Covington Catholic, which finished first; Knox Central, which came in second, and Barren County, third. In the individual standings for Whitesburg Sonny Bates came in 17th, Jimmy Stevens 18th, and Jeff Collier 19th. These were the top finishers for Whitesburg, who helped the team place fourth in the meet.

Monick Wampler was the only girl off the girls’ varsity team that was nominated to compete in the All State Meet. She ended up finishing sixth in the overall meet. Coach Holbrook is very pleased with his team’s performance and is looking forward to a successful track season this spring.

The Whitesburg Lady Jackets won their first game of the season, Oct. 27, by coming out on top of Betsy Lane 67-63.

Tiphanie Bates and Bridgette Combs led the scoring with both having 23 points. Sandy Brown helped Whitesburg along with 9 points.

Coach High said he was very impressed with the Lady Jackets. He also said they looked very good against Betsy Layne and they should have a winning season this year.