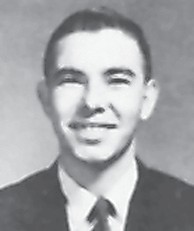 WHS bands gave birth to music careers for many

Orville J. ‘Johnny’ Doyle Jr. and Ed ‘Eddie’ Cornett were born one day apart at Millstone. Johnny on July 28, 1938 and Eddie on July 29 of that same year. They attended Millstone Grade School for eight years in the same grade, began WHS at the same time and joined the Whitesburg High School Band directed by Dr. Hugh Adams on the same day. The musical interests of both were further stimulated by the guidance and friendship of former WHS Band Director Jack Taylor. Needless to say, their high school careers and music experiences further cultivated that lifelong friendship. In recent interviews, we were able to follow their professional music careers as a part of the WHS band stories. 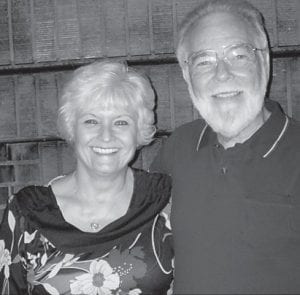 Ed (or Eddie) Cornett graduated from WHS in 1956, joined the U.S. Air Force and played in its famous band. In 1965, he settled in the Washington, D.C. area where his expanded music education and career bloomed. While working from the Washington Music Center in Wheaton, Md., he not only became an accomplished drummer/percussionist and trumpeter, but also found it necessary to be proficient on other instruments, including flugelhorn, vibraphone, keyboards and most wind instruments.

While Ed Cornett was already a skilled musician, as a lifelong member of the Musicians’ Union, he was privileged to meet and work with some of the most famous musicians of our time. Over the years, Ed has played both drums and trumpet in show and performance bands for such stars as Roberta Flack, Les McCann, Clint Holes, Jimmy Dean, Roy Clark, Jack Jones, Judy Garland and others. He played drums with the Charlie Byrd Trio, Ramon Ballve Trio, TRE3 and the Rich Geib Band. He has also been the leader of numerous bands on the East and West Coast of the U. S. A. Ed played drums and trumpet with the U.S. Air Force Band, Kim Tsoy Big Band, Beryl Middleton Group, Art Monroe’s Show Band, Sons of the Beach and the Crown City Dixieland Band. Trumpet and flugelhorn were his specialty with the Ed Cornett Quartet, (a group known as DC 6) and many others. His performing career has taken him all over the U.S.A. as well as Italy, Germany and Japan. 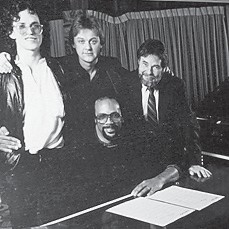 During these years at the Washington Music Center, he also became a well-known consultant on musical instruments, products and services counting among his clients such names as Miles Davis, John Coltrane, Stevie Wonder, Herbie Hancock and others with whom he developed lifelong personal friendships.

In 1978, Ed moved from D.C. to California where his already large connection with musicians and the music industry over the years was expanded. He served as a consultant to many musicians from television and movie studios and stage, including “The Tonight Show”, Johnny Carson, “Merv Griffin Show”, and “Arsenio Hall Show”. It was through these contacts that he first met and worked with Doc Severinsen. He also worked as a consultant for Yamaha, Generalmusic, Solton Kurzweil, Bob Moog and Van Koevering and other music companies providing the latest in technical info as a product specialist for the latest in technical products.

Ed has been a part of the music industry for over 50 years. Ed and his wife, Sherry moved to the Prescott, Ariz., area from San Francisco in 2007. Sherry is an accomplished teacher of gourmet and healthy cooking and owner of “Gourmet, The Healthy Way.” She currently teaches at Yavapai College and as well as privately. She does catering and has a radio show. Together, they have two sons, two daughters and six grandchildren two granddaughters-in-law and one great-granddaughter.

Over the years, Ed has been a consultant and resource specialist for many musicians, including Charlie Byrd, Les McCann, Elvin Jones, Roberta Flack, Clint Holmes, Miles Davis, Derwyn Holder, Art Monroe and Terry Plumeri, just to name a few. Ed has consulted with musicians on “The Tonight Show” and the “Arsenio Hall Show” as well as on a number of movie scores. He has been a private music teacher for over 35 years, teaching people of all ages, believing that you are never too young or too old to learn to play an instrument. Ed’s youngest student to date was 4 years old and his oldest is 93 (he is still teaching this student).

Ed is currently playing in the Quad-Cities area with a number of different groups, trios and big bands. He is teaching at the Shepherd of the Hills Lutheran Church Music Academy (which he helped to found) on Green Lane in Prescott as well as teaching privately.

Eddie Cornett has never forgotten his Letcher County days. He concluded the interview by saying, “When I look back at my life and my career in music, I obviously recall the beginning training that Hugh Adams gave me in 1952. But, shortly thereafter, Jack Taylor, a taskmaster and leader extraordinaire, came on the scene and I was hooked on music. Jack Taylor and my fellow band members were all very important influences in my life and career. Johnny Doyle is a lifelong friend and a great musician. But, there were others in Letcher County with lots of musical talent. I am sure there are young people there today with talents begging for opportunity and development.

“I will never forget my education and experiences and great teachers at WHS, and my high school friends who are still important to me. I have met a lot of people in my career but none that I think more of than my old friends from back in Letcher County. I am very proud of my Kentucky mountain heritage as well as the background that the WHS and growing up in that area and those times gave me. Life has been good, thanks to my family and friends.”