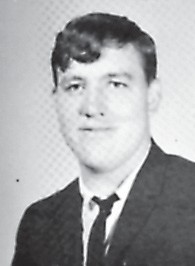 Our Black Kat was established as the school newspaper of Whitesburg High School in 1925. The first sponsor of the Kat was Mrs. Mary Earl, a young woman from South Carolina. Virgil Lewis was editor when the Kat was first published.

In 1925, students were required to pay a subscription price of $1 per year. After the paper was established, there was the problem of giving it a name. This difficulty was solved when the staff decided that any student could submit his choice. Each name was read and discussed. Victor Banks, who is now an employee of the South East Coal Co., was given a oneyear free subscription to the newspaper for giving the Black Kat its name. He selected this name because he felt that the name, Black Kat, suggested a sly and criticizing creature, which would be capable of obtaining all the news, even to this day.

The first issue of the Black Kat was dedicated to Albert Brown, a young boy who met a tragic death when in the second grade. WHS students paint town 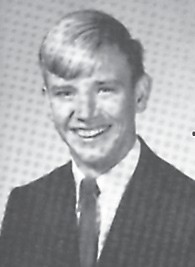 Whitesburg High School students really gave Whitesburg a brightening up when they covered the walls, streets and fire hydrants with various colors of paint. It began on Labor Day weekend with Sr. 69 written on Main Street with white paint. As said before, this was only the beginning; it seems now that everyone in every grade wants to show their artistic ability with a can of spray paint.

A little fun always goes too far. It seems to be only those who have bad taste in choosing their words that go to the extreme just to be noticed. They are noticed, that is for certain, but in what way?

As everyone knows by now, The Kat is very sly and has been prowling around to see who has been misusing our campus. BEWARE!!!! The Kat is on the prowl. 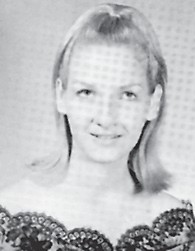 The fun began after the Whitesburg-Napier football game, Friday, Sep. 27, at 10:30. The cafeteria was filled with students anxious to get their senior keys and dance to the music of the Dead Society. The dance was very successful until the Whitesburg Police Department enforced the 12 o’clock curfew. Thanks to Mr. Burkich, it will not happen again; he talked to members of the City Council and was told it was a mistake. Everyone still agrees that the dance was fun, thanks to the senior sponsors and Larry Craft for contacting the Dead Society. 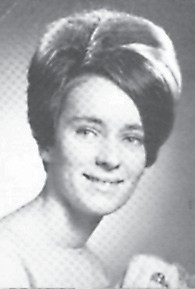 The club then planned an executive council meeting to write the chapter bylaws and plan the initiation of officers.

The annual staff held its first meeting and chose Donna Potter, as editor, Annella Caudill as coeditor and Roy Crawford as business manager. The second meeting was held for the purpose of giving staff members their assignments. They are now selling ads for the annual and considering building a float for the Homecoming Parade. The staff and Mrs. McCleese are determined to have the best annual that was ever published at WHS.

The Hi-Y Club met for the first time Oct. 17, 1968. This club is sponsored by Mr. R.T. Holbrook. At this meeting officers were elected and they are: Ralph Coldiron, president, and Marty Newell, vice-president. At this meeting new members were accepted, and the Hi-Y initiation will be held on Oct. 24.

On Oct. 16, the Math Club held its second meeting of the year. Those wanting to join the club were invited to attend this meeting, and they were given some of the details of their initiation. Mrs. Arthur told the group some of the plans she has for the club this year.

The annual W.H.S. Jr.-Sr. prom was held Saturday night, May 10, 1969 at 8 p.m. This year’s theme was ‘Rendezvous With the Stars.’ All juniors and seniors who attended were entertained by “The Honeysuckle Grapevine.” Bruce Day, representing the junior class, gave a warm welcome to all seniors, which was accepted by the senior class president, Jeanie Price. A happy birthday was wished to our principal, Mr. Burkich, who crowned the Queen and King of the prom, Jackie Morris and Joe Pack.

The junior class, junior sponsors, and sophomore girls who served presented a very fun-filled prom for all who attended.

The Black Kat extends a welcome to the new teachers of WHS. Those teachers are as follows:

Miss Ellen Armstrong graduated from Pikeville College. She teaches shorthand and typing. Her pet peeve is “people who brag.” Her favorite hobby is “interior decorating,” and her plan for the future is to travel.

Mr. Jerry Coots graduated from Lincoln Memorial University. He teaches biology. His pet peeve is the quote, “Go wild, sweetie.” His favorite hobby is “hunting and fishing.” His plan for the future is to go back to school and get his master’s degree.

Mr. Bruce Sexton graduated from Cumberland College. He teaches social studies. His pet peeve is “students who don’t want to study.” His favorite hobby is “swimming.” His plan for the future is to teach.

Miss Shirley Whitaker graduated from Eastern Kentucky University. She teaches English and French. Her pet peeve is “students who write so poorly one can’t read their work.” Her hobby is “reading and sewing.” Her plan for the future is to continue teaching.

Miss Mary Lou Lindsey graduated from Eastern Kentucky University. She teaches bookkeeping and typing. Her pet peeve is “students who talk too much.” Her plan for the future is to become a college teacher.

The Harris Award was named in honor of Professor H.H. Harris, who served as Principal of Whitesburg High School from 1919 until 1927. It is awarded to a senior boy by the faculty on the basis of leadership, character, and scholastic standing. This year’s recipient is Larry Tolliver

The Dugan Award was an award named in honor of Miss Ann Dugan, who served as the home economics teacher for 27 years at Whitesburg High School. The award was first presented in 1966 and is awarded to a senior girl by the faculty on the basis of character, scholastic standing and leadership ability. This year’s recipient is Marcy Adkins.

On Oct. 8, 1968, the Speech Club had its first meeting under the direction of Miss Cleo Stamper. Being the first meeting, the following officers were elected: Kathy Pigman will serve as president, Aretta Proffitt as vice-president, and Karen Adams as secretary-treasurer. Immediately following the election, Betty Proffitt read a poem called “Old Christmas Morning.”

On Oct. 17, the French Club held its second meeting of the year. Those wanting to join the club were invited to this meeting and were told of the requirements. Jan Lucas serves as the secretary with Jenny Burkich as treasurer. Mrs. A. Banks, sponsor, told the group of a trip they could take to Europe. This summer, several members received books giving information about the trip.

On Oct. 8, the Math Club held its first meeting of the year. Nine old members met with the sponsor, Mrs. Loretta Arthur, to discuss plans for the coming year.

Requirements for new members are: an application musthaveaBaverage in plane geometry or modern math II, and an interest and definite plan to continue in this field.

The “W” Club has chosen officers for the 1968-69 school year. Arnold Amburgey will serve as president, Joe Hunsucker has been chosen as vice-president, with Roy Crawford the secretary, and Bruce Day the sergeant-at-arms.

(The above articles from the 1968-69 Black Kats and the Yellowjacket yearbook.)