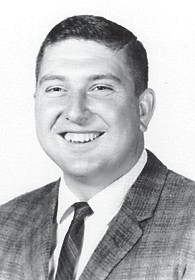 Jackson Banks was a member of the 1959 graduating class in which he had the distinction of being the boy with the highest grade point average. He was selected to join the Beta Club his junior and senior years. His advice as a senior to the underclassmen — “Study hard, and if you are lucky, well maybe you’ll make it.” Also, from the 1959 Black Kat section, Senior Facts and Fancies, Birthday 10- 03-40; Ambition Teacher; Favorite Song “Manhattan Spiritual”; Favorite Expression Well, how about that! In the Popularity Poll, his classmates selected Jackson as The Most Serious Minded Boy.

Jackson went on to attend Morehead State University from which he graduated in 1963. He taught school one year at Rowan County High School before returning to Whitesburg in 1964. Jackson taught math for the next 30 years at W.H.S. before retiring in 1995. 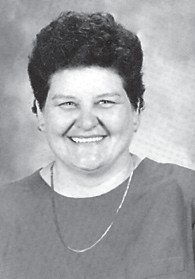 The 1991 Yellow Jacket yearbook was dedicated to Mr. Banks: This year’s Yellow Jacket is dedicated to a very deserving teacher and friend. He has taught for twenty-seven years. He was the past sponsor of the following clubs: Pathfinder’s, N.Y.C. Youth Club, and the Calorie Counters. He was the winner of the National Science Foundation Grant. He also helped officiate Quick Recall Matches for the Academic Team. He has been married to Sandra for twenty-one years and has two sons, Matthew and Jon. We are proud to dedicate the 1991 Yellow Jacket to Mr. Jackson Banks.

Sandy Strange was born at Hemphill and lived there until her family moved to Detroit, Mich., in 1954 when she was in the first