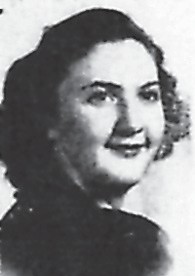 Miss Patsy Fields, senior at Lindenwood College, St. Charles, Mo., and a 1948 graduate of Whitesburg High School, will be song leader for daily chapels during a five–day observance of Religious Emphasis Week on the campus, Feb. 3-7. She is the daughter of Mr. and Mrs. Harrison H. Fields of Whitesburg.

An annual event, Religious Emphasis Week is sponsored by the Student Christian Association whose members comprise the entire student body. Miss Fields is the elected song leader of the group.

In addition to her work in the association, Miss Fields, is vice-president of her senior class, on the governing board of her dormitory, and is a member of Future Teachers of America and is also a member of the college choir. Miss Fields is majoring in elementary education. 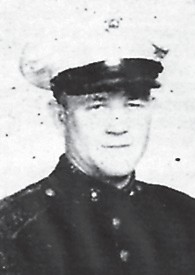 Jimmy Bert Tolliver, Whitesburg senior, has been chosen to play with a basketball team of Kentucky All-Stars against the West Virginia All-Stars Friday and Saturday, May 30 and 31.

Friday night’s game will be played at Ashland, and the following night, May 31, the hardwood stars will clash at Huntington, W.Va.

Besides Tolliver, other Kentucky stars chosen are Bird of Corbin, Griggsby of Martin, Puckett and Snowden of Clark County. All boys have been named to an All-State team in the past.

Jimmy Bert will also perform in the East-West game at Pikeville, Saturday, June 7.

The music department of the Whitesburg High School will present Barbara Lewis, pianist, assisted by Nadine Combs, vocalist, at the Whitesburg Grade School auditorium May 15, at 7:15 p.m.

Due to the consistent high quality of her work, Miss Lewis, pupil of Mr. Hugh Adams, will be the first pianist presented in a junior recital at the Whitesburg School.

A member of the Whitesburg band and Glee Club, Barbara has many varied musical interests and extracurricular activities. In addition to band, Glee Club and Chorus participation, she has performed at clubs, contests and festivals.

During the past year, she has served as organist at the First Baptist Church in Whitesburg. She was accompanist for the ballet at the Middlesboro Festival.

Marine Private First Class Lowell G. Fields 20, son of Mr. and Mrs. A.W. Fields of Whitesburg, was promoted to the present rank when he was graduated from boot camp at Parris Island, S.C. in March. He climaxed his recruit training by winning the expert medal on the rifle range when he fired a score of 230 out of a possible 250 during his weapons training.

Before entering the Marines he was employed as service station attendant by Pine Mountain Sand and Gravel Co. Inc. He was graduated from Whitesburg High School in 1949. He was a star tackle on the Yellowjacket grid team.

Bronston, who entered the band in 1946, has been drum major for the past two years. He has rated well in contest and has entertained many civic organizations.

He has been rated the outstanding senior bandsman at the school and was awarded the distinguished bandsman pen of the year recently.

The Whitesburg school system is well represented at the Southeastern Music Festival which began at Middlesboro at 8:30 this morning and continues through Saturday.

Schedule of events in which students of the school system participate is as follows:

At the Junior High School gym, tenor soloist Jimmy Bert Tolliver and two trios composed of Joyce Kincer, Janis McClure, Alene Sumpter in one and Joyce Bates, Shirley Frazier and Alice Newsome in the other.

Tonight at 7 p.m. at the Central High School the following events are scheduled:

Whitesburg Girls’ Chorus composed of 65 members under the direction of Mrs. Albert Jones and the Boys’ Chorus of 38 members will perform.

Performing at the Central School on that morning will be a brass quartet, Jack Hammock, Arnold Hatton, Wade Wampler and Douglas Blair and a trombone solo by Douglas Blair. Also a twirling ensemble.

At the library will be a clarinet quartet composed of Jimmy Bert Tolliver, Nadine Combs, Ronnie Bentley and Gloria Holstein, and a twirling corps consisting of Lenette Amburgey, Ann Cox, Barbara Holstein, Phyllis Hall, Shannon Fields and Glenda Brooks, and an alto saxophone by Bronston Clay.

The Whitesburg Band, composed of 68 members, will perform on Friday evening at 7 p. m., and take part in the parade Saturday morning at 10 a.m.

The All-Festival Band and chorus concert will begin at the Lincoln Memorial at Harrogate, Tenn. at 2 p.m., Saturday.

“Campus Chatter” by the way of the juke box

’I’m Waiting Just for You’, Mary E. to Jimmy Ray Adams; ‘Thinking of You’, Betty Gail to Junior Croucher; ‘ Too Young’, Jimmy Bert T. to Shelia Moore; ‘Come On A My House’, Sue Auton to Eddie Collins; ‘Sweet Violets’, Bobby Adams to Ella Loiise Polly; ‘Near You’, Katherine Auton to Doug Roberts; ‘Truly, Truly, Fair’, Billy Ann to J.T. Caudill; ‘I Apologize’, Ronald Craft to Drucilla Day; ‘Be My Love’, J.B. Noble to Vina Jane Fugate; ‘ Be Doggone Sure You Call’, Nadine Combs to Bobby Kincer; ‘Please Don’t Talk About Me When I’m Gone’, Gail to Sadie Bentley; ‘I’ll Be Seeing You’, Beryl Polly to Willia Bentley; ‘You Can’t Be True Dear’, Bootsie Morgan to Bobby Combs; ‘So This Is Love’, Herbert Caudill to Norma Jean Cornett.

Hoot Hall seems awful lonely this year. What’s wrong gals or should we ask Hoot?? Seems as if Jack H. and Anna C. B. are slipping apart, what’s wrong? Wonder why Marylene Polly is a regular attendant at the drive-in every Sunday night, could Billy Dean Sergent possibly answer this? Bronston Clay, why don’t you believe the fortuneteller and trust poor WHS girls? Bobby B., seems as if you are missing over the weekends. What’s Floyd County girls got that the WHS girls haven’t? Hey, Clover Jean, how about giving Paul Dean a chance! Dinah Wright, watch how you flaunt that Fleming sweater, it’s dangerous! Loretta P. and Gail F., marriage is the only cure for that terrible disease called love.

Wednesday, the first big day of school for the freshmen, Miss Dugan and the Future Homemakers of America entertained the freshman gals with drinks and a personally conducted tour through the Home Ec. Department. The F.H.A. gals and the rest of the school now extend a welcome to the freshmen and hope you will be as happy and as proud of our school as we are. The Kat looked in on the third period Manual Training Class which is taught by one of our new teachers, Mr. John Preston. There are two classes, which together consist of 47 students. Already these classes have made a science table for Mr. Banks’s room, a nice table for the library. They are working on a fence for the grade building. In the future, the boys are planning to make smoking stands. (The Kat wonders why!) On being asked how they liked this course, the following answers were given: Merrel Salyers said, “I like it.” Gene P. said, “I think this is heck.” Doug Roberts said, “Fine thing.” Jack Hammock said, “We need some women.”