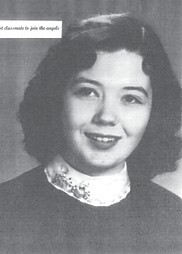 Private Duane Yonts is now continuing his army career as a paratrooper in the famed “All American” 82d Airborne Division at Fort Bragg, North Carolina.

As a member of the 82d, Pvt. Yonts will make periodic parachute jumps, receive advance training in military tactics, and participate in the training exercises and maneuvers held by the division throughout the year.

Pvt. Yonts is the son of Mrs. Faris Yonts who resides in Whitesburg. He received his basic training at Fort Campbell, Ky., and in December 1953, he attended the Airborne School at Fort Benning, Ga. Upon completion of the course he was awarded the wings of a parachutist.

Prior to entering the Armed Forces he attended W.H.S. and was a member of the graduating class of 1953.

(The above article from the February 4, 1954 Mountain Eagle.) 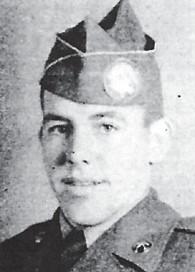 The Whitesburg Band under the direction of band instructor, Jack Taylor, participated in the festivities at the Tug Valley Festival at Williamson, W.Va. on Saturday. The bands took part in the marching, Whitesburg making an outstanding showing. This was not a competitive event, but much valuable experience was gained by the band members through the association with the outstanding bands, and the Whitesburg Band was highly commended for their performance.

During the evening the band was invited to the armory for a skating party and a dance at the Moose Club-from 8 to 10 o’clock.

Miss Betty Frances Webb, a member of the senior class of Whitesburg High School, has made application to enter college on a scholarship, sponsored by the American Veterans of World War II, known as AMVETS. Her personal sponsor is the American Legion Post St. Matthews No. 16, Louisville. 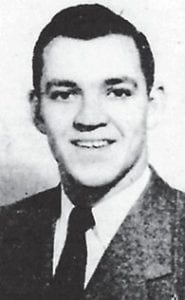 Betty Frances is the daughter of the late Bruce Webb, who died in camp during World War II. She is a very attractive, lovely girl, with a pleasing personality and soft voice, and it is the hope of all her friends and school faculty that she will be among the lucky ones chosen by the AMVETS.

All candidates for this scholarship are required to take an Aptitude Test furnished by the National Honor Society of Washington, D.C. Miss Webb will take the test on March 23 from 9 to 10:45 a.m., under local school supervision.

“My Impression of Whitesburg High” by some of our freshmen

Mary Helen Raleigh, “As I climbed up the steps the first day of school I wanted to go back home. My first impression was one of disappointment. I had expected a smaller school and the crowd of students confused me. I have begun to like school better since I have become settled in my classes and have become acquainted with my classmates.”

Betty Lou Adams, “My first day at W.H.S. I was scared stiff. I felt everyone could hear my knees knocking and the beating of my heart. I felt so lonely and lost. The seniors, juniors and sophomores seemed to ignore us. They called us greenhorns and laughed when we got lost from our class. After gaining a little courage, I learned my way around and tried to be friendly. When they laughed at us, it was in a teasing way. Probably I’ll spend four wonderful years here.”

Rodney Kincer, “I think Whitesburg High School will be fine because the students and teachers have helped make it what it is.”

Ella Mae Adams, “The first day I was scared silly. But now I don’t feel scared unless I have to get up in front of the class.”

Don Polly, “Whitesburg High School has many clubs you can join and all kinds of sports and music in which you can participate. Our school has all the courses you can wish to take and we have a good cafeteria, where they serve real good meals. We also have a good high school building and a real nice gym.”

Bud Fields to Mary Jordan: ‘With These Hands’. Jimmy Enlow to Ann Cox: ‘Where is Your Heart.’ Shannon to Charles Banks: ‘I’ll Be Waiting Just for You’. Bennie to Doug Blair: ‘My Love, My Love’. Ramona to Ronnie: ‘No Other Love’. Joyce K. to Burtis Flinchman: ‘Slow Boat to China’. Ella Polly to Bill Sergent: ‘Till Then’. Sue Auton to Eddie Collins: ‘I’d Rather Die Young’. Mary Combs to Jim Creech: ‘Wish You Were Here’. Patsy Kincer to Bob Breeding: ‘You, You, You.’ Rose Adams to Roy Brown: ‘Wedding Bells’. Glenda Nobel to J.B. Nobel: ‘P.S. I Love You’. Bob Kincer to Betty Correl: ‘Your Cheating Heart’. Wayne King to Winfred Eversole: ‘Stranger in Paradise’. Winston Mayfi eld to Nancy King: ‘Time to Dream’. Arlayne Collins to Darrell Caudill: ‘Oh What You Do To Me’. Monzel Brown to Wendell Ison: ‘Young at Heart’.

Jim ‘Sonny’ Boyd was born in the State of Alabama, moving to Kentucky in 1928, settled down at Blue Diamond. During 1932 he came to Whitesburg, where he completed elementary school, and moved to Lynch, Ky., in 1942, there he completed four years of high school and entered college at Georgetown, Ky., in 1946.

He completed college in 1950, and came to Whitesburg, where he taught and was the assistant coach under Ray Pigman. During the first part of 1951 he was called to service, and spent two years, of which 11 months he served in Korea. He was discharged on the 20th of December, after which time he returned to the University of Kentucky and continued his education where he received his A.B. degree. He is at present assistant coach at W.H.S.

Jim is well connected in Letcher County being the son of Mrs. Nora Boyd, eldest daughter of the late J.H. ‘Hop’ Gibson.

(The above article from the August 20, Mountain Eagle.)

Claude West represented W.H.S. at a World Affairs Conference in Cincinnati early in March. He was sponsored by the local Rotary Club. Claude gave a most interesting report of the conference at an assembly program and also at the Rotary Club luncheon.

Gloria Holstein represented Whitesburg High School at a Music and Arts Festival sponsored by the Woman’s Club of the 7th District at Hazel Green, Ky., on March 6. Her selection was Rondo in D Major by Mozart. She is a piano pupil of Mr. Hugh Adams.

Cheerleaders Arbadella Pigman and Arlayne Collins take this opportunity of telling seniors Gay and Jean Profitt that they sure are going to miss them next year and it was wonderful to work with them and yell for the boys during football and basketball seasons.

Don Vest came back to make us a little visit. He is now serving in the Navy. Through special work and test he will be permitted to graduate in 1954. He lacked only three credits when he enlisted in the Navy. A G.I. who will be added to our graduating class also is a former student, Jimmie Kilbourne.

There seem to be a lot of changes going on between our couples. It has the Kat going in circles. But we will try to give the latest reports.

Girls: What have the Jenkins girls got that W.H.S. girls haven’t, or should we ask Bud Fields and Joe Cook?

Berkie has finally made a hit with Vonnie Hall. It’s about time. But you better watch out, Berkie, Bob Arnold might not like this.

It looks like Kay Moore has settled for a certain sailor. Is this so, Kay?

Girls: Bob Felix is out to break some more hearts. So be on the lookout.

Ralph Ogelvie and Emma Jane Tolliver seem to be doing all right, or are they?

Richard and Walleen are still at it. Well at least the Kat won’t have to worry about them for a while.

Phyllis Hall is still beaming. Could it be because Leonard is still here?

Sandy Adams and Pat Martin are doing all right. Could this be it, kids?

Is an old flame starting again, Ann Cox? Or is this supposed to be a secret yet?

Wonder why Jimmy Crase spends a lot of time in the Kat room? Does S. F. have something to do with this?

James Hale and Isabell never seem to be apart.

Eva Lou and Gene Sparks are still sparking. No changing for them.

Don Hughes thinks he is pulling something on us, but we saw him with Nancy King in the Red Cross movie.

Attention: Jack Taylor has been spending quite a bit of time in Miss Jenkins’s room lately, but Miss Jenkins says it is strictly business. We wonder?

(The above articles from the March 1954 Black Kat).