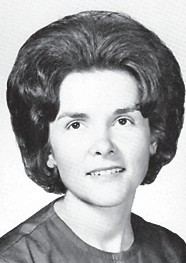 The Whitesburg Chapter of FHA hosted Star Events Contest Saturday, Nov. 19, 1988. Forty-eight students participated in these events. The winners of those events are as follows:

First place winners will compete in Louisville in April at the state meeting.

A Strawberry Shortcake doll and all the money I can spend. Johnny Reynolds; A zillion of millions of dollars. Jennifer Sexton; A long life full of happiness and love to all my friends and family. Michelle Bentley; A Corvette, a trip to the Bahamas, and a college diploma. Johnnie Davidson; A girlfriend. Bobby Bentley; Seven Blondes. Edward Begley; A square diamond ring. Goldie Bates; A U.K. coach that doesn’t cheat. Brian Arroz; A little red Corvette. Yvette Bentley; Douglas Dwayne Sexton. Sharon Boggs; A date. Tracie Boggs; Ford Ranger XLT. Teresa Back; A diamond ring. Marie Adams; A goodlooking man. Stefanie Bates; A Honda four-wheeler 250. Grant Bailey; A little brownheaded girl who needs some love, a big Pioneer stereo, a huge hot tub, and last but not least, a 911 Turbo Porsche and a million dollars, of course. Mark Caudill; Your finest Jag, complete with a blonde and a brunette! Stacy J. Collins; A big train set. Mike Burton. 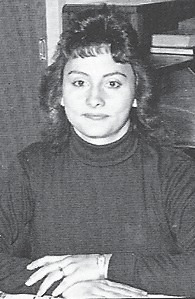 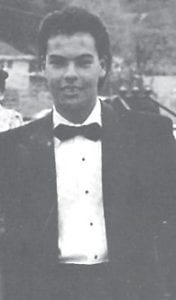 Classroom teacher, coach, cheerleader sponsor, confidante to students, friend to faculty, a moral and financial supporter of school programs, and the list continues of services rendered to Whitesburg High School.

But perhaps her greatest contribution is the ability to impart knowledge in the classroom that can be applied to everyday situations.

For 27 years she has lived by the rules that she teaches and has upheld the principles that she stresses.

So the 1989 Yellowjacket pays tribute to Mrs. Dana J. Richardson.

The show started with the dashing Brian Banks, who conducted the show. Brian is a senior at W.H.S. He welcomed and thanked everyone for coming then introduced the first act, the Whitesburg High School cheerleaders! The “A Team” and “B Team” did floor cheers and performed a pom-pom/dance routine.

The crowd cheered as the cheerleaders left the floor, and there was time for a small fashion show. Seniors Kim Brown and Martie Banks, Tammy Caudill, Cheryl Stallard, and Cathy Kincer modeled the latest fashions such as sandwich bags on pants, Coke cans on shirts, and rag cloths for evening wear.

The crowd grew silent as Brian stepped up and introduced Miss Rebecca Craft. The lights grew dim and the spotlight flashed on Rebecca. Her voice flowed out of the microphone as she sang “Have Mercy” and “Baby Your Baby’s Got The Blues,” both by the Judds.

Following Rebecca was Vanessa Hurt, a freshman who has great singing talent. She sang “All This Time” by Tiffany. Vanessa did a terrific job and should continue her singing.

Next was a sister duo, which stared senior Carrie Todd and junior Rhonda Todd, better known as “The Todds.” “Mama He’s Crazy,” by the Judds, was the song they sang. The two sisters did an excellent job. This was Rhonda’s first singing debut at WHS and Carrie’s second. (She sang at the 1987/88 Junior/Senior Prom!)

Then for the crowd’s enjoyment, the band did a tribute to jazz. They played “All That Jazz” in which John Chris Hylton had a trumpet solo. Next the band performed a song and dance called “If My Friends Could See Me Now.” Last, the drama class performed a skit for all the HeeHaw lovers at W.H.S.

Brian Banks closed the talent show with a thank you and screamed “Everybody Twist,” which was the last song of the Valentine’s Day Dance.

The senior class would like to thank the sponsors, students, and faculty for their participation.

Whitesburg High School welcomed the first foreign exchange student in the history of W.H.S. This year, Renato Lopez, a citizen of Costa Rica, plans to stay in the States for a year. Costa Rica is one of the smallest republics in Central America.

Renato speaks French and Spanish fluently and has picked up on English very well. He experienced quite a few changes during his visit here — the biggest being snow. He had never had the pleasure of seeing snow fall until he came to Whitesburg.

All the students and faculty of W.H.S. were very pleased to get the chance to meet Renato, and we will miss his friendly smile. We wish him the best of luck as he goes back home to Costa Rica.

Whitesburg High School welcomes the new guidance secretary, Michelle McCall. She is a graduate of Whitesburg High. She is currently enrolled at Southeast Community College, where she is majoring in nursing.

Miss McCall is planning a June wedding to Rocky Craft. She enjoys sewing and reading. While attending Whitesburg, she was an office girl for Mrs. Yinger. So far this year, she has learned a lot about computers with the new computer system we have currently acquired.

December 2-4, the members of Whitesburg High School Beta Club attended the annual state Beta Convention. The convention was held at the Galt House in Louisville. Thirty-eight students attended the convention along with the two advisors, Mr. Bruce Sexton and Mrs. Sandy Banks.

A portion of the planned activities were the Quiz Bowl, Oratory, English Composition, Math & Science Competition, Spelling Bee, Arts and Crafts, and other activities.

The weekend festivities for leisure enjoyment were shopping at the Galleria, horse and buggy rides, and ice-skating at the Galt House.