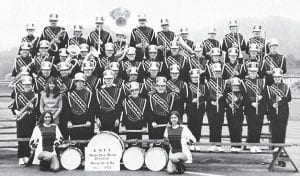 “Zowie, gee whiz!! I finally got my ring!!” It all happened the night of Nov. 20, at the Whitesburg High School Cafeteria. Around 8 p.m. students and guest began arriving in their velvet, satin, and fine suits of amour. Shrieks of joy could be heard from the seniors as they ran up to receive their rings. The music was played in a very funky fashion by the Toasters, a group from Eastern Kentucky University.

Everything came to a dazzling halt around 11:30 when all were blinded by smiling faces and reflections of flashing class rings.

Crowned as our1972 Ring Dance King and Queen were Lee Anna Collins and Gary Mullins.

Driftwood, a local band from Whitesburg, played at the Key Dance Friday, Oct. 22. The members of the band are: Artie Pender, drums; James Holstein, bass; and Stuart Reynolds, lead guitar. The dance was held in the W.H.S. cafeteria from 8 p.m. until 11 p.m. 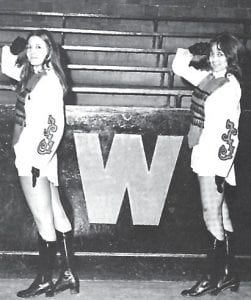 The 1972 Whitesburg High School Band participated in the Veterans Day Parade in Cumberland.

The seniors received their Keys at the door as they entered the dance. The senior sponsors, Mrs. Webber, Mrs. Breeding, and Mrs. Arthur, were at the floor and distributed the senior Keys.

There was a large crowd at the dance, and it was a tremendous success.

Teachers vs. students was the all-star basketball game of the year. The players for the bloodthirsty teams were made up of the Whitesburg High School lady faculty members and students.

The final score of this “brutal” game was 16-14. The referees, Mr. Jackson and Mr. Eads, were obviously in favor of the teachers as several times during the game they, with the help of Mike Polly and Jeff Sexton, increased the teachers’ score by several baskets.

The Whitesburg High School Band participated in the annual Veterans Day Parade at Cumberland. The parade was held on a rainy Saturday morning, Oct. 23, at 10:30.

The parade started on East Main and continued down West Main and Main Street. The Bands then reported to the Cumberland ballpark, where they performed in front of the judges. Kelly High School, Wise, Va., and Clinton High School, Tenn., won top honors with a first place tie in the Division A Bands. 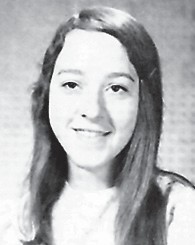 The Dugan Award was an award named in honor of Miss Ann Dugan, who served as the Home Economics teacher for 27 years at Whitesburg High School. The award was first presented in 1966 and was awarded on the basis of character, scholastic standing and leadership ability. This year’s recipient is Teresa Baker.

The Harris Award was named in honor of Professor H.H. Harris, who served as principal of Whitesburg High School from 1919 until 1927. It was awarded by the faculty on the basis of leadership, character, and scholastic standing. This year’s recipient is Randall Breeding.

That seemingly impromptu parade through town last Thursday was, if you were wondering, a tribute by the city of Whitesburg and the Whitesburg band boosters to the high school band which received its second superior rating last week in competition at Cumberland College in Williamsburg.

The band, under the direction of Miss Mina Breeding, received the same rating at Pikeville on April 22. Last week the band came home with three “1’s” for a score. To mark the accomplishment, Whitesburg mayor Ferdinand Moore presented Miss Breeding with a letter from the city for a job well done. A police car escorted the school bus with the band up school hill. 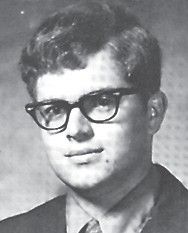 Wendell Cook leaves his ability to skip class and not get caught to Ronnie Rosembaum. Vera Engle wills her position as Sweetheart of the French Club to James Bradley Breeding. Geraldine Banks wills her clothes to Denise Maggard because of her gaining weight. Stephen Collins wills the popcorn machine to Henry Williams. Richard Craft wills his sideburns to Greg Hurt so he can cover his little ear up. Teresa Baker wills to Mr. C.B. Banks one slightly worn copy of “Das Kapital” and other favorite Communist jokes and to Mr. J.M. (Frank) Burkich one handbook of Broadway Plays to Avoid and suggests he read it before next year’s senior trip. James Day wills his ability to smoke in the bathroom without getting caught to Lonzo Day because he will probably need it. Wanda Delph wills her big brown eyes to Teresa Banks. Sarah Develin wills her great measurements 36-29-41, to anyone who will trade. Anything’s an improvement. Joe Wegrzyn leaves his spot at the “table” to anyone who could tolerate five jocks for two years. Ann Tolliver wills her longer skirts to Janet Bowen in hopes she won’t hem them. Henreitta Wagner wills her ability to laugh and have fun to Miss Whitaker.

Monroe Hensley wills his glasses to Jimmie Parrott, his ability to sleep in health class to anyone who wants it and his ability not to get put in jail for drinking to Jeff Kiser. Burdell Gilley wills his ability to gain weight to Phyllis Adams. Mary Frazier wills all her happy days that she has had this year with the star football player to Glenda. Maggie Fields wills her ability to escape from car trunks to Mitzi Mayes hoping that Mitzi will escape the science club initiation. Peggy Raleigh wills her nickname (Sir Walter) to Sharon Raleigh and hopes that she appreciates it. Dianna Ott wills all the hair on her legs, her “Cooper’s Droop” and her oldest pair of blue jeans to Diane Wright hoping that she’ll keep up the tradition. Nina Sturgill wills the last five inches of her skirt and her ability to apply makeup to Donna Pease. Charlene Williams wills her braces and retainer to a certain second chair second flute player in hopes that she will have perfect gums. Jerry Sexton wills his sucker punch to all the “little brutes” in Whitesburg. Danny York leaves his ability to retain jerseys after football season without being caught (for a while) to Glenn Palumbo.

(Articles for the above from 1971-72 Black Kats and the Yellowjacket yearbook.)