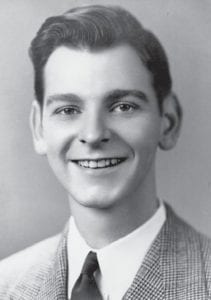 Tommy Gish presided over the meeting. One of the finest meetings held for some time was that of the Father and Son Annual Banquet held on Saturday evening at 7 o’clock in the Whitesburg High School cafeteria. The number attending was estimated at about 75, representing various sections of Letcher County and other districts.

Invocation was given by Rev. L.O. Griffith.

Young Tommy Gish, son of Ben Gish, very ably presided over the meeting. The officers opened the seventh annual Father and Son Banquet with a very impressive ceremony. Following the opening ceremony the ‘welcome address’ was given by Curtis J. Reed, principal of Whitesburg High School. 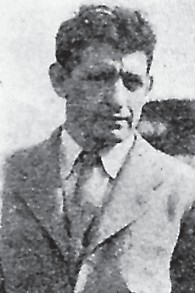 Review of Chapter work was given by F.F.A. boys. Ralph Sparks, speaking on “Chapter Accomplishments” during the past year; Archie Craft speaking on “Supervised Farming Programs”; Bobby Adams gave a list of former F.F.A. boys who are now in service.

The speaker of the evening, James A. Cawood, chose for his subject, “Importance of Youth in our Democracy.” Pointing out that the United States of tomorrow depended on how we mold the lives of our youth today, and that there are teachers in our schools who were not proficient at their profession, this was due to lack of support to education on the part of our great Commonwealth.

Next on the program was the presentation of the awards for “Home Beautification Contest,” by Sam Winfrey who was pinchhitting for George Stewart of the Rotary Club. Mr. Winfrey made a very inspiring presentation. First prize was awarded to Doyle Webb; second prize to Van Cornett; third prize to Paul Edmiston. The prizes consisted of $25. 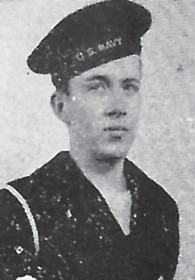 Then the guests were introduced by the advisor, Mr. D. L. Estes. The boys introduced their fathers or other guest with them.

Tommy Gish made a few thankful remarks and the meeting was closed by the regular ceremonies.

At the time the members of the Future Farmers of America and advisor wish to express their thanks and appreciation to Miss Dugan and the Home Economics Club for preparing the grand meal, also to the Coca-Cola Bottling works for the donation of drinks, to the Pet Milk Company and to Mrs. Roy Lewis and all others who helped to make the banquet possible.

On last Saturday when a lot sale of the Quillen property was being held, the Letcher County Board of Education purchased 30 lots for football field for the Whitesburg High School.

According to Miss Martha Jane Potter, County Superintendent, other property belonging to the county schools will be sold in order to raise the money for the field.

The purchase of the field was considered a forward move on the part of the Superintendent and the County Board and provides a place for sports and athletic activities.

A large number of other citizens purchased lots, among who was Mr. Caleb Creech of Cumberland who purchased the old original Quillen home site. Mr. Creech is one of the largest property owners in Cumberland.

Tuesday night Whitesburg and Fleming engaged in an interesting basketball contest. Whitesburg jumped in the lead at the beginning of the game and held this advantage all of the game. At the half intermission the score was 20-12 in favor of the Yellowjackets. With the score tied 32-32 the officials found that the time had gone 10 seconds overtime. Ordinarily an overtime period is played under similar circumstances but Fleming declined and the score stood 32-32.

Junior Haynes again led the Yellowjackets scoring with Paul Pigman second. Four Whitesburg players were fouled out during the game while Fleming lost one on fouls.

On Friday, April 16, at 8:19 p.m., the curtain will rise on Funzapoppin, the three-act comedy sponsored by the junior class of W.H.S.

From the time the curtain opens on a scene in Betty Blair’s rooming house where she’s rehearsing a chorus for a style show, until the final curtain when she has finally gained the approval of Vic Trueman whom she has loved throughout our story even though he has imagined his affection was only for Trudi W. Browne, there is never a dull moment. In fact, a series of complications in which Betty’s brother Bobby is involved in his portrayal of a woman about to take part in the style show, just to please his sister, keep you in gales of laughter for “Funzapoppin,” really.

Matilda Combs as Betty Blair, does a splendid portrayal of the of the plain, young businesswoman who emerges into such a beautiful swan-like creature that she gains the love and devotion of Vic Trueman, ably played by Keithel Reynolds.

Bobby Blair in the role of Hazel, whose antics will keep you continually amused, is well done by Tommy Gish.

The entire cast, working against the greatest odds sometimes, has nevertheless worked tirelessly on a production that will give to you an amusing hour and a half of entertainment. There are peppy choruses to add dash and beauty to the occasion and the specialty members will furnish variety.

On Nov. 13, on the home field with a winning score of 34 to 0 against Wheelwright’s eleven, Whitesburg High School football season came to a close. The team has had no sportswriter to follow its activities play by play and game by game, but without publicity and praise this little, unassuming team has rolled up a score of 105 points against their opponent’s 33. To what do they owe their victories? Certainly not to long years of football training, for out of 18 squad members there were 11 men who had never played football before this year. Not to weight, for they were outweighed in nearly every game. Coach Joda Adams built a fighting team by hard work, strict training and appeal to the boys. He did not bowl out the boys or make demands on them. He did not drive them. He put it up to the boys that it was their team and their own responsibility. In their captain, John D. Sergent, the boys had a leader they could follow and depend on doing right. All through the season he has been serious, sincere and dependable. He, with his quarterback, Keithel Reynolds will make Big Sandy all-Conference team.

As manager of the team, young Bobbie Franklin has worked hard and faithfully, and Lovell Williams, who earned the title of “Doc” kept the boys in trim for games and was right there with his saddlebags to give first aid during the games and it is admitted by all that he really has technique.

Much praise and thanks are due to the cheerleaders, Sibyl Dawahare, Eline Bentley, Ivalee Hall and Matilda Combs, who worked enthusiastically to win for Whitesburg High.

The Whitesburg High School Band will present its annual Christmas Concert on Friday, Dec. 18 at 2 p.m. Everyone is cordially invited to attend this program. The program will be under the direction of Miss Dana Ison.