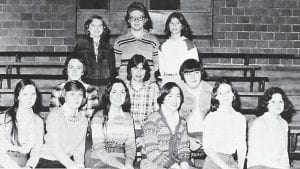 Pictured are the staff members of The Black Kat.

Mrs. Henrietta Thomas is new at W.H.S. this year. This will be her 18th year of teaching here. She didn’t teach last year because she moved to Spring City for the year. She is the wife of Dewayne Thomas and has a daughter, who is a senior here at W.H.S.

Mrs. Thomas said that being away for a year has made her appreciate W.H.S. even more, but she wishes that students would take full advantage of the opportunities available to them here.

Ann Webber is now teaching English in room 20, which was Mr. Ison’s room. Mrs. Webber is the daughter of Maurice and Emma Lewis. She is the wife of Phillip Webber and a resident of Letcher. She is a 1958 graduate of W.H.S.

Mrs. Webber formerly taught at Whitesburg High between 1962 and 1974, and then took a leave of absence for two years. The students welcome her back.

Mr. Larry Tolliver is a graduate of Whitesburg High and Morehead State University where he majored in physical education, health and recreation. Before coming to Whitesburg High, he taught at Eolia Elementary. He now teaches health. Since he enjoys all kinds of sports, he also is head coach for the W.H.S. girls’ basketball team, and assists with backfield on the varsity football team. 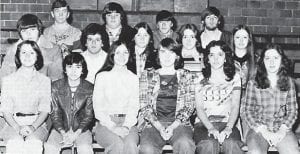 The Student Council officers for this year are as follows: President Judy Webb, Vice-President Edison Banks, and Secretary-Treasurer Regina Niece.

The Student Council met on September 22, 1977. After the representatives were sworn in, officers were elected.

The main item of importance voted on was the need for a student lounge. At present there is a vacant building, the old reading room, which the Student Council plans to ask for as a lounge.

Also brought up by the senior officers was the fact that senior representatives for Homecoming didn’t get to ride on cars.

By a unanimous vote, the Student Council decided that the senior candidates should be allowed to ride on cars, with representatives riding on floats as earlier proposed. 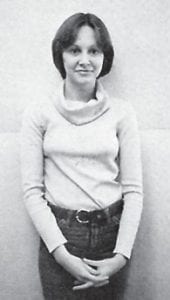 By the combined efforts of the Student Council officers, Mr. Frazier, Mr. Holbrook and Mr. Burkich, the long proposed student lounge is finally a reality.

This is perhaps one of the greatest accomplishments of the Student Council in the last few years.

The lounge is divided into two parts, one for smokers and one for nonsmokers.

The nonsmoker side will include Coke machines, Nab machines, and perhaps later a phone.

There are but few rules involved in the lounge, and while they are still on the drawing board, here are a few of the proposed rules: (A) Anyone caught smoking in a nonsmoking area will be given an automatic 3-day suspension or other punishment of equal value. (B) Anyone caught littering cigarette butts will be barred from the lounge. (C) All who smoke must make sure their cigarettes are out and use ashtrays. (D) No one will be actually in charge of the lounge, however Student Council officers and Mr. Holbrook will make occasional rounds to check for violators. (E) The cheerleaders will be in charge of maintenance of the lounge. 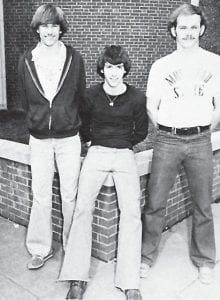 Kim Short , sophomore, was elected to serve as the 1978-79 Kentucky State DECA Reporter. She represented her state and Whitesburg High School at the National Career Development Conference held in Washington, D.C. May 6-12. Kim also was in charge of the reporters class held during DECA Camp at Hardinsburg, during June.

The 1977-78 edition of the Whitesburg High School basketball Yellowjackets finished the season with a record of 12 wins and 16 losses. The Yellowjackets were runners-up in the 53rd District and lost to Hazard 76-71 in the first round of the 14th Regional Tournament. The 12 wins included a big win over Powell County, three wins over Letcher and four wins over Jenkins. The Jackets played an exciting game of run and shoot and this is the type of game most of the fans like to watch. There were only three seniors on this year’s ball club and they each contributed in their own way.

Gary Hall: Gary started several games for the Yellowjackets and really gave the team a lift. He was the leading field goal percentage shooter on this year’s squad. Gary had improved greatly between his junior and senior years and was a great asset to the team. Gary will be missed next year.

Randy Collins: Randy played forward and was the second leading scorer for the Jackets this year. He is a tremendous leaper and will be missed next year. Randy hopes to go to college at Berea and be a part of the basketball team there.

Greg Sexton: Greg was one of the most unselfish players on the team this year, as he always put the team first. His hustle, fight, and desire were contagious and he had a very positive effect on the other players. Greg’s great desire and winning attitude will be missed greatly next year.

The 1978 Black Kat is made up of 12 seniors and one junior. At this time we would like to introduce ourselves to the student body.

The editor this year is Barbara Caudill. Her job is to oversee the activities of the staff.

The business manager is Kim Amburgey. Her job is to take care of all finances, and to make sure we have enough money for our various expenses.

The managing editor is Edison Banks. His job is to make assignments and make sure the various stories are brought in on time.

The staff photographer is Tanis McLean. Her job will be to take pictures of our various activities.

Our reporters are Kathy Collins and Johnny Sturgill. They will report to the staff any happenings worthy of being in the paper.

Our copy editors are Lisa Farrington and Ricky Cook. Their jobs are to proofread all articles before they go to the typist.

The typists are Sherry Watts, Lynne Caudill, Tanis McLean, Kim Amburgey and William Joseph. They have the hard job of adjusting the articles to fit in the columns.

Our layout artist is Kim Thomas. She is responsible for placing the finished articles on the layout sheet, thus getting the paper ready for press.

Our contributing editor is Lynne Caudill. She will be in charge of the Seek ‘n’ Find and the Horoscopes, and any other special interest.

Last but not least is our advisor, Mr. Roe, who keeps us on our toes and makes sure that we don’t have any problems.