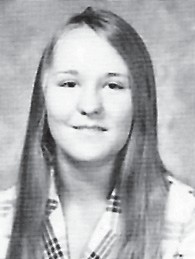 Janet Bowen has been named Whitesburg High School 1973- 74 Betty Crocker Family Leader of Tomorrow. Janet won the honor by competing with other seniors in the written knowledge and attitude examination in December. She is now eligible for state and national honors and will receive a specially designed award from General Mills, Inc., sponsor of the annual educational scholarship program. Since the program began in 1954-55, approximately nine million students have participated and scholarship awards total more than two million dollars.

Friday, Feb. 15, the W.H.S. cheerleaders sponsored a talent show held in the auditorium. The “A” and “B”-team cheerleaders began the program with a skit about the “Twelve Years of School.” Bill Collins and Tommy Day made an appearance at the end of the skit from “You’re Sixteen.” 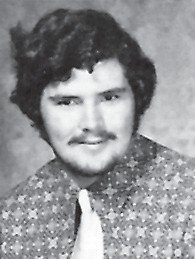 Leslie Mullins performed a modern ballet to the song “If” by Bread. Debbie Hammock demonstrated a gymnastic routine followed by an act contributed by the middle school. The W.H.S. Stage Band played three songs and Lisa Kimberlin sang a solo, “Let Me In.” Delana Begley sang “Let Me Be There,” accompanied by Leonard Begley playing the guitar. The Young Americans, a group of singers composed of W.H.S. students, sang “Day by Day.”

Master of Ceremonies, David Boggs, introduced the acts and brought the program to an end as Debbie Hammock and Judy Webb sang “Ben” from the motion picture of the same name. 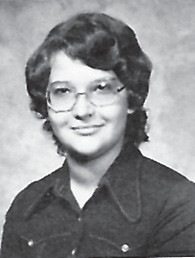 Special appreciation is given to Mr. Polly, Mrs. Phyllis Barker, and Mrs. Juanita Day who organized the show and helped with rehearsals.

The Harris Award was named in honor of Professor H. H. Harris, who served as Principal of Whitesburg High School from 1919 until 1927. It is awarded by the faculty on the basis of leadership, character, and scholastic standing to a senior boy. This year’s recipient is David Boggs. David is a four-year member of the “W” Club; Bible Club, one year; Pep Club, four years; Football four years; Track, four years; Health Club one year; President of the senior class; Secretary of the junior class; All state, football his senior year.

The Dugan Award was an award named in honor of Miss Ann Dugan, who served as the home economics teacher for 27 years at Whitesburg High School. The award was first presented in 1966 and is awarded on the basis of character, scholastic standing and leadership ability to a senior girl. This year’s recipient is Cathy June Frazier. Cathy was a “B” Team Cheerleader two years; Captain of the Varsity Cheerleader Squad her junior year; Pep Club four years; Science Club one year; Dance Club her junior year; Beta Club three years; Math Club three years; member of the Junior Committee. 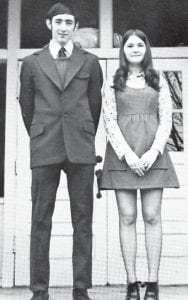 Two students from Whitesburg High School are reporting news to WREM radio station in Jenkins. Lulu Collins and Fran Newell tell happenings around the campus on Mondays and Wednesdays on each week.

Students have been chosen from each school in the county. WREM is doing this as a means of publicity for the schools.

The Whitesburg Yellowjackets downed the Fleming Neon Pirates by a score of 66-50 for the second time this season. The Yellowjackets took the lead from the start of the ballgame and kept the lead the whole ballgame. Eddie Stallard was the high point man of the game with 24 points, followed by Mike Shepherd with 17 points.

The Yellowjackets scored their biggest victory of the season, upsetting highly ranked Powell County, 14th Region favorites. The lead changed hands throughout the game and the score was tied at the beginning of the last quarter. The Jackets took command with minutes left and went on to win 56-50. Frank Hollan had a big night with 16 rebounds and17 points, Ernie Sexton also tallied 17. Mike Shepherd and Eddie Stallard scored 11 and 9 points respectively, and Bill Collins added 2 points to wrap up the scoring.

Thursday, Feb. 1, the French Club held its annual Sweetheart Banquet. This year the affair was held at the Cardinal Restaurant and the menu included ham and chicken. Approximately 60 people were present, along with Mrs. Webber, the club’s sponsor, and her husband.

Joyce Sturgill, the president of the club and a senior at W.H.S., was elected French Club Sweetheart by the club members. Joyce, also a majorette for the school band, has been a member of the French Club for two years.

In Region 6 competition, ten high schools were present to compete at Pikeville College. W.H.S. students received two first place awards. Wendell Cook, store layout, and Lucille Tackett, show card lettering. A second place trophy was won by Diane Holbrook in the DECA quiz. The W.H.S. chapter of the DECA Club won second place for Chapter of the Year in Region 6. These winners in the region will attend the state-wide competition in March in Louisville.

We asked the senior basketball players how it felt to play their last scheduled game and what they thought about the upcoming district tournament. Eddie Stallard said, “It felt great to play my last game, I guess because I had a good night. I think we’ll win over Jenkins by 10 points in the district. I hope we’ll play Fleming next and beat them by at least 16 points.”

“I think we stand a fairly good chance of achieving success in the regional tournament,” says Bill Collins. “I am thankful for the privilege of playing with such a great group of teammates.”

Frank Hollan said, “We’ve had a mediocre season, starting off slow but ending with a good record. I’ve enjoyed playing four years here at W.H.S. I think Coach Eads has done a good job this year and our record shows it.”

W.H.S. added a female statistician to the team this year, Cathy Frazier. When asked what she thought of the last game and the tournament Cathy said, “I feel sure that our boys have the ability to win the district and to go far in the regional. I wish them all good luck.”

Head Coach Lyle Eads summed up the season by saying, “It has been a very satisfying one, the boys are playing very well as a team and that’s why we have been fairly successful.” Coach Eads gave his predictions of the district by saying, “I think it will by a very even tournament. I look for Jenkins to give us a very hard game.”

A play, “The Doctor In Spite of Himself” was presented on Feb. 13, by the Lees College Drama Department. The play was a three-act comedy with 11 cast members.

Mr. C.B. Banks’ 5th period drama class and the senior class attended the play, which lasted from 1:30 to 2:45. The play was presented as an advertisement for seniors to attend Lees Junior College at Jackson.

He is very active and valuable player in both basketball and football, which he played four years. He is also a member of the “W” Club and track team.

During the four years at Whitesburg High School, Brenda has been President of the F.B.L.A. Club, active member of DECA and the F.T.A. Club.

She was also Vice-President of the sophomore class, Miss Freshman and Grand Marshal of the 1973 senior class.