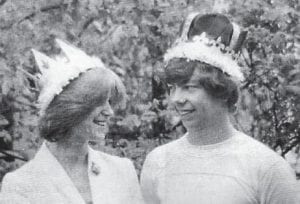 The Junior-Senior Prom this year was held on May 3. The music started at 8 p.m. and ended at 11:30 p.m. It is a tradition at Whitesburg High School to let the juniors host the prom. This year their theme was the “Last Dance.” The band was called “Majic” and they did a terrific job. The big moment arrived at 10 p.m. when the Prom King and Queen were announced. Bobby Roe and Mitzi Hammock were chosen to reign as the new King and Queen. The seniors would like to thank the juniors for hosting such a great prom.

As the Christmas season spreads over the universe and a new year is approaching at a rapid pace, one must accept his victories and failures with dignity. Looking back, one must realize that he has grown a year older and has matured to a certain extent. When one makes his New Year’s resolutions, it is his duty to see that these resolutions are carried out to the fullest extent within man’s grasp. 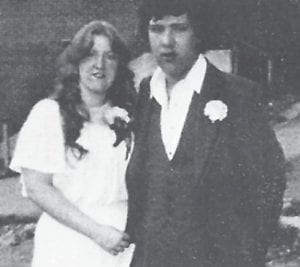 Seniors are proudly displaying their new class rings and are anxiously awaiting the arrival of their school jackets. To underclassmen, this may appear to be nothing other than common occurrence, but to seniors, who will soon leave behind their friends and teachers to conquer new areas of life, the possession of a ring symbolizes their school spirit and hours of hard work, and is a token of the memories that will remain with them forever.

During the course of this year, students at W.H.S. have been faced with many changes. We have had to cope with a new administration, absentee regulations, and the chaos caused by the closing of the old high school building. Each day has presented a new challenge, and we have grasped each new challenge with all of the pride that could be administrated from our bodies. We have made mistakes, but, most importantly, we have learned from those mistakes and have grown wiser in the process. 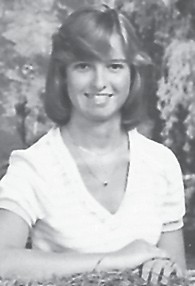 The upcoming year will undoubtedly bring many new problems to be faced by the people who encounter them. When one is able to solve his problems without causing harm to himself or anyone else during the process, then he can proudly proclaim that he has reached complete maturity.

Around Dec. 4, the senior class ordered their invitations and calling cards. “Memory” books were given out that day as you have probably already noticed.

Another thing, the caps and gowns were also ordered. It was an exciting time for most of the seniors. Sorry, but no date for arrival was available at press time, but as soon as we have some idea we will be sure to notify you!

Karen Halcomb was honored at a banquet given for school winners and district winners of the soil conservation essay and poster contests. The banquet was held at the Beth-Elkhorn Country Club at Jenkins, on April 23. Karen was the winner of the essay contest at WHS as well as the winner of the Letcher County soil conservation district. Karen received a plaque, two silver dollars, and a free meal at Burger Queen as the school winner. The Courier Journal presented her with a plaque and a $50 savings bond. Mrs. Henrietta Thomas was her sponsor. Both Mr. and Mrs. Thomas attended the banquet at Jenkins.

On Saturday night, Dec. 1, the Whitesburg High School annual Ring Dance was held. The Senior Class of 1980 very proudly announced the long awaited event. On Friday, Nov. 31, the senior class nominated a boy and girl from each homeroom for the traditional Ring Dance King and Queen. The King and Queen are usually chosen because of the relationship they have between one another, but because the present Senior Class has only one couple, others were nominated for competition. Nominees were as follows: for queen, Ramona Combs, Tammy Garrett, Arlena Mc- Call, Nora Raleigh, and Anne Wright. For King, Tim Boggs, Shade Frazier, Willis King, and Charles West.

At 10 o’clock, Arlena Mc- Call and Charles West were crowned Ring Dance King and Queen of 1980. They were presented with I.D. bracelets to remember the occasion.

Charles West is the son of Wilma and Letcher West. He is 17 years old and his main hobby is art. Charles participated in D.E. and works in the school store. His plans for the future are to go to Hazard Community College and become a lab technician.

Arlena McCall is also 17 years old and is the daughter of Jimmy and Verna Fay McCall. She is currently enrolled in the Letcher County Vocational School, but plans to go on to college and become a registered nurse.

As graduation approaches, we must draw to a close our much loved years at WHS. We realize, even though we have been such an outstanding class, we will soon be history and live only in your memories. So we, the class of 1980, have prepared our final will and testament.

Being of sound mind and body: Jackie Breeding wills her first place Public Speaking trophy to Sherry Barker and Lisa Holbrook; Michelle Cates wills her ability to grow to Cecilia Webb; Rhonda Adams wills her brain to Sherry Waller; Roy Brown wills his ability to be cool and give them fits in the office to any junior; Donald Mullins wills his Certs to Marty Collins; Wade Baker wills his baggy blue jeans to any junior who has a tail to wear them; Scott Frazier wills his wrestling abilities to Mike Williams and Robin Roberts; Kathy Collins wills her desk in Mr. Sexton’s room to Sherry Page; Angel Collier wills her ability to make A’s in Mrs. Arthur’s math class to Ronnie Adams; Phillip Adams wills his reputation of being miniature to Stephen Kincer; Jackie Elkins wills her ability to drive on the wrong side of the road to Cathy Lewis and Rosalee Polly; Carolyn Lowe wills her shortness to Teresa Epperson; Jody Stallard wills his ability to survive Science Club initiation to Margie Hogg; Jeff Gibbs wills all of his empty Skoal cans to Mike Blair; Sharron Cornett wills her troublemaking to Amy Wright; Connie Wagner wills her ability and good grades to Sherry Page; Ralph Hall wills his nickname “Woody” to whomever it fits; Craig Warzon wills his spikes to Vernus Sturgill and Robert Gibson.

(The above articles from Black Kat Newspapers and 1980 yearbook).