The 1987 Junior-Senior Prom was held at the W.H.S. Cafeteria on May 2, 1987. The theme was ‘Now and Forever’ and the colors were pink and black. The welcome was given by Will Buntin and the response by Ricky Seals. The highlight of the evening came when the prom King and Queen were crowned. This year the honor was received by David Cornett and Tammie Sparks. The servers at the prom were Marty Banks, Sarah Hayes, Kim Brown, Stephanie Wright, Denise Banks, Dale Thomas, Jamie Stidham, Karen Short, Mike Frazier, John Chris Hylton, Candance Meade, Amy Patterson, Johnny Eldridge and Tammy Caudill. A thank you is extended to all those who made the night so special. It will live forever in the hearts of all that attended. 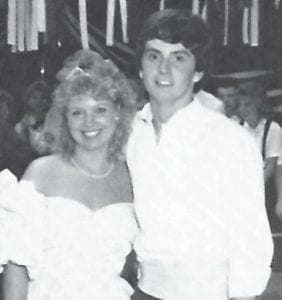 The project was a challenge to be creative, yet geometrically accurate. It gave the students an opportunity for self-expression through mathematics.

Special thanks go to the judges; Mr. Smith, Larry Maggard, and Robbie Back, and also to the student aids, Lorrie Stamper and Mechelle Taylor. 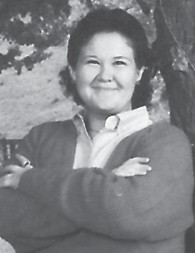 Hazel won the Pepsi Learn and Earn Project, which was based on a proposed business project to be conducted on a local school campus. The Pepsi Company and DECA work together in sponsoring this event in all 50 states and awards cash prizes at the national level.

She has been enrolled in the Retailing Program for three years and has been active in operating the school store, sales projects and has participated in competitive events at the local, regional, and national level. Hazel is serving this year and is employed at Wal-Mart through the cooperative phase of the Retailing Program at Whitesburg High School.

The first dance in Whitesburg’s newly remodeled gym was held just before the big game with Hazard.

The dance got started as usual by Elmo Morton and Grey Bowen. Mr. Horn lent them a hand and danced with Lisa Shepherd. When it came time to break dance, the Bledsoe brothers, Tom Brennan and Craig Ison kept everyone entertained.

A pep rally was also held during the dance. Everyone had some school spirit and the response was great. With the help of some boys the wave was started and everyone seemed to enjoy it.

Mr. Horn also gave away several items to some students. The dance kept everyone out of class until 3rd period.

The Whitesburg High School Drama Class’s two performances of “Voices From the High School” were sold out completely as both public and student audiences crowded in to catch the brilliant scene set before them.

Each scene dealt with one thing each student has gone through. Looking past the moral of the play, the acting was fabulous and everyone is saying the highlight of the play was “Jerry and Harry,” played by William Ison and Stephen Combs. Both were hilarious and received raves from student friends and strangers. The entire Drama Class should be congratulated for its fine performance.

The Fall Athletic Banquet began last year. The Athletic Banquet was originally held at the same time for all sports. The Banquet was split into two separate banquets because the program on the original banquet was too long. The athletes honored in the fall are football players, cross country members and cheerleaders.

This year’s banquet was held on December 9. The host was Athletic Director Ozz Jackson. The evening began with a word of prayer from Clay Mullins. Then everyone enjoyed their meal.

After the meal, Coach Gose got up and started telling football stories. Coach Thomas, Coach Wright, and Coach Smith all gave trophies to some of the players for both offense and defense. On the offensive end, awards were given to Tony Casolari for leading receptions, Jr. Matthews for the best total yardage, Clay Holbrook for giving 110% and Billy Collins for offensive blocking.

The 110% award went to Kevin Garrett. The Toughguy award went to David Fisher. Most interceptions award went to Codell Gibson. There was a special award given to Keith Sparks, ‘The Most Yelled At Award.’

For the boys’ team, the awards went to Chuck Wagner for most outstanding; Jeff Bledsoe received the 110% award; and the team voted Ricky Seals as the team MVP.

For the girls, the awards went to Kim Fields for Most Outstanding and Shondra Cates received the110% and the MVP awards.

The Athletic Banquet will be one memory that these athletes will never forget.

The FHA Club prepared a window display on club activities for the Mountain Heritage Festival. The FHA Club is also sponsoring a Date-a-Mate Computer Service for students at WHS. Results will be processed Oct. 28, 29 and 30. There was a $1 donation for the results.

FHA was proud to have a Queen Candidate, Lisa Shepherd; Senior Representative, Kim Fields; and in the Honor Court; Alisha Nichols, Bridgette Seals, and Connie Brown to participate in the 1986 Homecoming activities.

(The above articles from the1986-87 Black Kats and the Yellowjacket yearbook.)