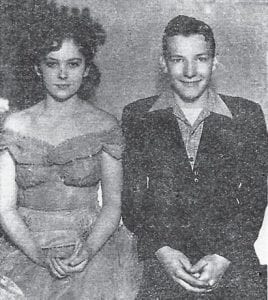 ”Nothing is too good for the school and our boys and girls,” the citizens of Whitesburg must have thought last week when they contributed $973.79 for candidates for King and Queen of the Hallowe’en Carnival of 1944.

Other features of the carnival, including door receipts, novelty, candy, popcorn and drinks, devil’s kitchen, etc., brought the grand total to $1255. After all concessions were closed the auditorium was filled for the crowning of the King and Queen, which was preceded by a comedy drama of “silent picture days” played by high school boys and girls. Several numbers were given by the Glee Club. Then came the entrance of the King’s court. Flower girls were Shirley Profitt, Mary Jane Williams, Julia Faye Williams, Phyllis Hall, Eloise Reynolds, Maudella Campbell, and Ann Daniels. The king and queen attendants followed, who were runners-up candidates, seniors Walleen Collins and Henry Frazier, juniors, Esther Hall and Wilgus Holbrook, sophomore Pat Sexton and freshman Floyd Clemons, and at last the Hallowe’en Carnival King and Queen voted most popular from the freshman class Betty Jo Combs and Jack Floyd Amburgey from the sophomore class. The queen was attired in a white chiffon evening gown, the yoke of which was of green jersey and on the skirt was appliquéd of jersey a red rose with green leaves. Betty Jo Combs is the daughter of Mr. and Mrs. Herman Combs and Jack Lloyd Amburgey is the son of Mr. and Mrs. Cassie Amburgey. Miss Walleen Collins, of the senior class, who was closest runner-up to the queen, wore an evening gown of pink net over pink taffeta. The train bearers of the King and Queen were Douglas Polly and Charles Adams. 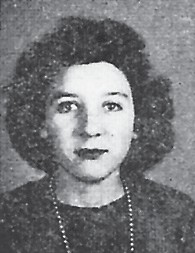 At the King’s court four girls and boys from the Glee Club entertained with folk games. Professor C.J. Reed crowned the King and Queen. 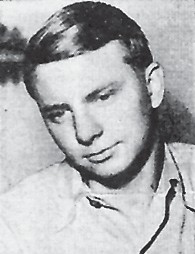 (The above article from the November 2, 1944 Mountain Eagle.)

The school lunch program in the Whitesburg City Schools has won such popularity among the students that approximately three hundred students are provided with good Type “A” lunches each day, and Miss Potter, County Supt., is sponsoring a school lunch program at the Fleming Graded and High School.

Rooms in the basement of the school building have been remodeled and the equipment installed, and plans are to open the school lunch at the beginning of the next semester.

A good wholesome hot lunch of the approved school lunch type, is a necessity to good health practices and should be encouraged in every school child.

<bb>Class to be added to school curriculum

<b>A class in Community Health Education will be added to the curriculum in the Whitesburg High School at the opening of its second semester. 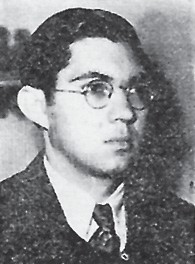 This course will consist of instructions in Home Nursing, Nutrition, Sanitation, First Aid and Control of Communicable Diseases and Good Health Practices, and will be conducted for a full period each day during the semester.

This class is made possible through the efforts of Robert Blair, Supervisor of Health Education, working in coordination with the County Board of Education and the faculty of the Whitesburg High School.

The purpose of the course is to stimulate interest in community health practices and rendering efficient service to our fellow men in cases of illness or emergencies that suffering may be controlled at its minimum level. It also provides a great deal of the basic training for those young ladies who have the talent and inclination to enter into the nursing profession. 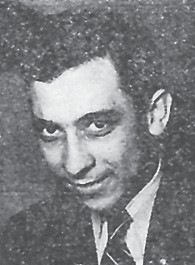 W.L. Stallard, instructor in journalism and history at Whitesburg High School, wins fame as a poet. His poem, “The Man With the Razor Back Sow,” was published in the Progressive Farmer in the May issue and has created much interest among the Southern States.

A volume of Poetry entitled “The Man With the Razor Back Sow” is being published. He is working on two novels, “The Gold of the Hills” and As God Fixed It”. His poems have appeared in anthologies and leading publications. He has written poems as a hobby from childhood, and still thinks of it as a hobby. He is a member of the United Amateur Press Association of America, and a graduate of Georgetown College, Georgetown, Ky. 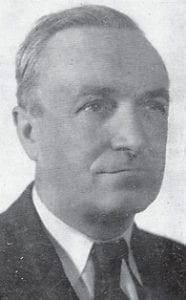 Sunday Evening at the Baptist Church the Baccalaureate Sermon will be delivered by Rev. K. E. Hill, Pastor of the Methodist Church. 8:00 o’clock p.m. At the School Auditorium, 8:00 o’clock p.m. Monday evening: The Glee Club and Music Students will present a Patriotic Program, under the direction of Mrs. Albert Jones.